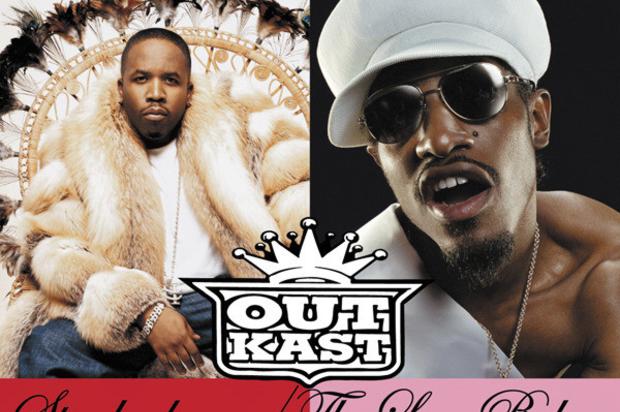 Following the release of Stankonia in 2000, OutKast had cemented themselves as one of hip-hop’s truly innovative duos, continuously engaging in sonic experimentation and fascinating, imaginative lyricism. It wouldn’t have been far fetched to name both Big Boi and Andre 3000 among the game’s best artists, period. Their catalog certainly boasted ample evidence of such, with classics like ATLiens and Aquemini having had time to resonate. And with Stankonia driving the point home even further, many were curious to see how Kast would follow-up their first album of the millennium.

As it happens, the answer arrived with 2003’s double-disc epic Speakerboxxx/The Love Below, an album that found Big Boi and Andre 3000 engaging in their own separate creative pursuits, markedly different in stylistic nature. And while Big Boi opted to keep things lyrical on Speakerboxxx, Andre’s visionary nature was given room to unfold on the melodic and soulful The Love Below. Few expected to be thurst so effectively into Three Stacks’ colorful world, but the moment “Hey Ya” landed, the game seemed to stop in unison. It wasn’t long before the acoustic, up-tempo, and deceptively bittersweet banger became an instant favorite — not to mention confirming a theory long suspected: that Andre 3000 does not, in fact, originate from this planet.

With the Grammy-Award winning and multiplatinum album officially turning seventeen, take a moment to revisit “Hey Ya,” provided you haven’t already played it into oblivion by now.

Rick Ross & Anderson .Paak Are Rebellious 12th Graders In 'Cut Em In' Video | HipHopDX Subscribe Subscribe To DX Newsletter Get the most important stories in Hip Hopstraight to your inbox Thank You! Thank You! Thank You!You’re Far Too Kind To complete the subscription process, pleaseclick the link in the email we just sent you. Joining Newsletter Source link