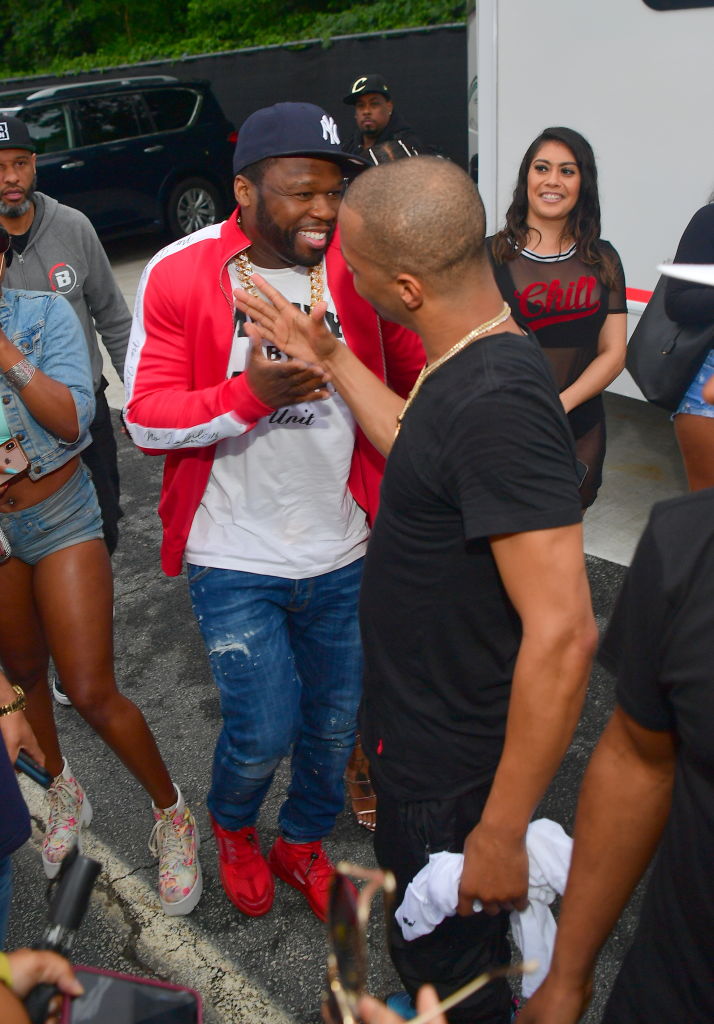 50 Cent tells The Breakfast Club about why he went so hard at T.I. about his King Von message.

This morning, 50 Cent was a guest on The Breakfast Club where he discussed all of the latest talking points surrounding him, including his upcoming BMF show, his flip-flop on Trump, and more.

Around the 12-minute mark, the rap legend started speaking about T.I.’s comments about bringing beef to Atlanta, which were made in the days following King Von’s shooting death. According to Fif, regardless of what Tip says, he is convinced that the rapper was speaking about the King Von situation and he doesn’t think T.I. should have stepped in at all.

“He just made a mistake,” says 50 Cent about T.I.‘s comment. “There’s nothing wrong in the statement he made about Atlanta being positive and producing and supportive of other people but, in the climate where things are happening– they just lost a loved one. They don’t care nothing about none of what you’re talking about. When you say, ‘don’t bring your beef to Atlanta’, it’s like, you don’t usually schedule where it’s going to happen. You run into each other and things spin out of control. That’s what you witnessed with the [King Von] situation. It just went further than they anticipated. It would be a whole different scenario if he survived that situation. It would have probably been a strong focus on his work, with people watching to see what’s next.”

Fif clarified why he felt such a strong desire to respond to T.I., pointing out that King Von‘s sister encouraged him to speak out.

“[King Von’s] sister actually said, ’50, get him.’ How she was feeling about the loss of her brother at that point is why I responded,” added Fif. “You see that and you go, ‘damn, you ain’t supposed to be saying nothing, you supposed to be on quiet time.’ They got a loss. Don’t say all that, ‘don’t bring that to Atlanta’.”

Fiddy goes on to call out T.I. for claiming he wasn’t speaking about King Von.

“When you say ‘don’t come here with it’… don’t say that that’s not what it’s about. Because you just had a casualty… it just happened,” said 50. “We know what that was. Of course you didn’t put [his] name in it because you want to backpedal out of it because you realized that wasn’t the right thing to say. I’m not the fun police. I’m just saying, the timing is bad for you to say that.”

Do you think T.I. was in the wrong?

Tekashi 6ix9ine’s Manager Murda Murphy Denounces Hulu & SHOWTIME Documentaries | HipHopDX Subscribe Subscribe To DX Newsletter Get the most important stories in Hip Hopstraight to your inbox Thank You! Thank You! Thank You!You’re Far Too Kind To complete the subscription process, pleaseclick the link in the email we just sent you. Joining Newsletter Source link