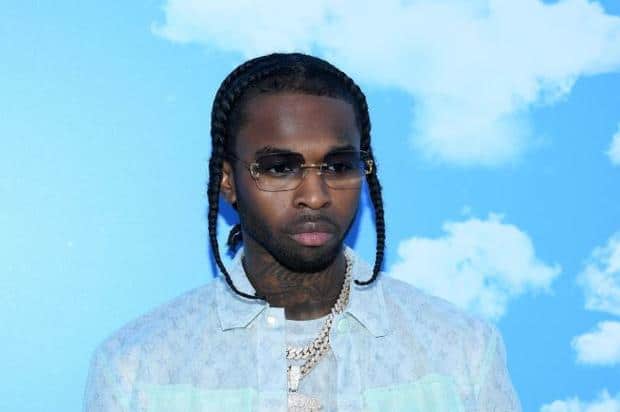 The album drops Friday (July 3), and it’s still unclear what the new cover art will be, so 50 Cent dropped off a few options.

We’re all set to finally receive Pop Smoke‘s posthumous album on Friday, but we still don’t know the revamped cover art. It was revealed that Virgil Abloh was specifically requested to design the album’s art by Pop Smoke himself, so his team honored the late rapper’s wishes. However, after Shoot For the Stars, Aim For the Moon‘s artwork was revealed, Pop’s fans weren’t too thrilled with what they saw.

Steven Victor heard the “lazy” accusation loud and clear and came forward to say that they would, indeed, switch up the cover art to something more satisfactory for his fans. Over on Instagram on Tuesday (June 30), 50 Cent went post crazy as he shared a number of potential looks for the Shoot For the Stars, Aim For the Moon cover.

It was clear that some weren’t going to make the running, but for others, 50 Cent wanted his followers to rate them on a scale from one to 10. Some are quite brilliant and would certainly make Pop Smoke proud, so take a look at a few selections of album art that 50 Cent posted and let us know which one should take the crown.

August Alsina Says Will Smith Gave His Blessing For Sexual Relationship With Jada Pinkett Smith | HipHopDX Subscribe Subscribe To DX Newsletter Get the most important stories in Hip Hopstraight to your inbox Thank You! Thank You! Thank You!You’re Far Too Kind To complete the subscription process, pleaseclick the link in the email we just sent you. Joining Newsletter Source link