6ix9ine Disrespects Lil Durk For Not Dropping An Album 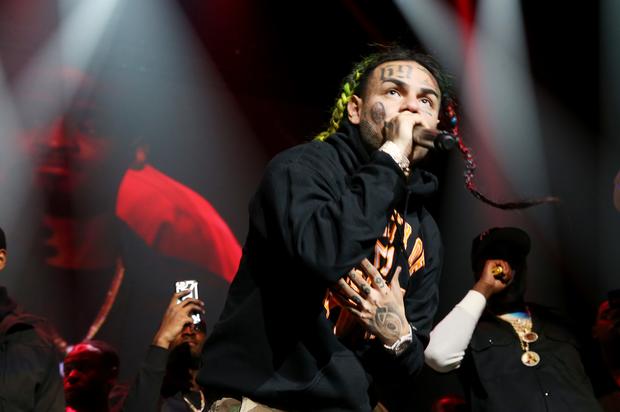 6ix9ine and Lil Durk have been in a bit of a back and forth as of late. While the whole origin of the beef seems convoluted at this point, it’s clear that the two don’t like each other. Of course, Durk comes from Chicago which has been frequently disrespected by 6ix9ine in the past. This was especially true last week when 6ix9ine went on a tour of Chicago and disrespected Durk’s deceased cousin Nuski with a sarcastic video.

For about a week now, Durk has been announcing a new track called “The Voice” which originally believed to be an album. When it was announced that “The Voice” would be a single, 6ix9ine couldn’t help but say something about it as he took to his IG story saying “Remember this goofy said he want all the smoke” before dissing Nuski again, writing “Leave the smoke to Nudki #Nuski pack.”

6ix9ine has his own music endeavor to promote as tonight, he will be releasing his first post-prison album Tattle Tales which is yet another example of how he won’t stop trolling no matter how much it may put him in danger.

Durk’s new track “The Voice” will also be coming out tonight which means perhaps we will hear some bars directed at the rainbow-haired rapper.

Cordae Explains Why He's No Longer Part Of The YBN Crew