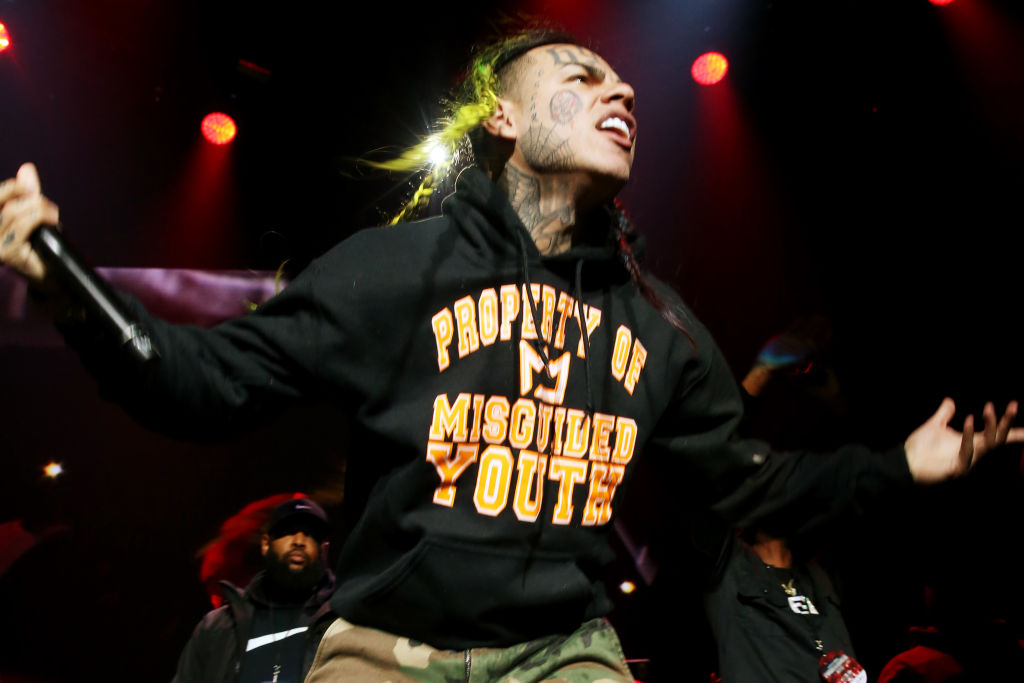 6ix9ine takes a moment to reflect on his musical wishlist, which includes a remake of 50 Cent’s beloved “Many Men.”

For many young rappers, 50 Cent‘s Get Rich Or Die Tryin was a formative project, solidifying the G-Unit leader as one of hip-hop’s most influential figures in recent memory. And while Fif’s focus seems to have shifted away from music, save for his ongoing work as executive producer on Pop Smoke‘s Shoot For The Stars, Aim For The Moon, his catalog continues to have an impact. Even on Tekashi 6ix9ine, who once looked up to 50 as a father figure of sorts — despite being later “disowned” for taking the stand in court.

Still, there doesn’t appear to be any hard feelings on Tekashi’s end. In fact, he’s even been looking to try his hand at remaking one of 50’s classic tunes, the emotional and contemplative “Many Men.” “I’d work with 50,” he declares, before breaking into a sung rendition of the chorus. When Akademiks points out that Pop Smoke already covered that ground — lest we forget the late rapper has his own cover in the works — 6ix9ine seems to lament the missed opportunity. “I know, that shit was so hard,” he says. “Can we play that shit?”

He proceeds to play the unreleased Pop Smoke track, and while it’s unclear whether he’ll actually be granted permission to lay down his own take on Fif’s source material, it’s still interesting to see young rappers appreciating Fif’s music. Say what you will about Tekashi 6ix9ine, but one thing is certain — it’s likely that many men do indeed with misfortune upon him, especially at the rate he continues to disrespect the rap game at large. Would you tune into a 6ix9ine remix of “Many Men?”

New York Rap Legends Fabolous & Jadakiss Set For Verzuz Instagram Battle | HipHopDX Subscribe Subscribe To DX Newsletter Get the most important stories in Hip Hopstraight to your inbox Thank You! Thank You! Thank You!You’re Far Too Kind To complete the subscription process, pleaseclick the link in the email we just sent you. Joining Newsletter Source link