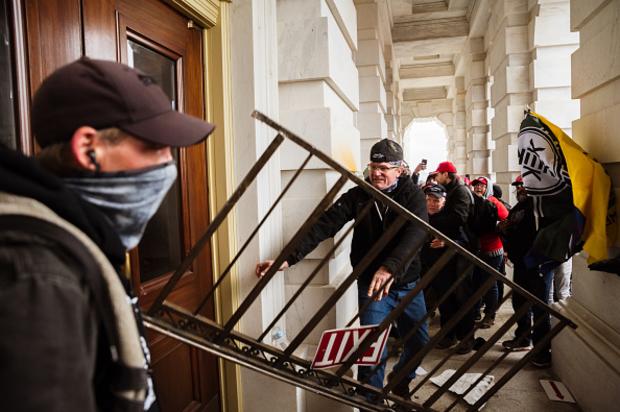 Luke Mogelson went undercover using his phone camera to capture remarkable footage behind the scenes of the invasion.

One thing many people could not quite wrap their head around was the amount of self-incriminating evidence that came out of the attempted violent insurrection at Capitol Hill on January 6th that left 5 dead. The FBI has already used much of this evidence to catch individuals responsible for the chaos, arresting some key individuals who played a role in the attempted siege already. Luke Mogelson, a journalist and contributing writer at The New Yorker has just shared some remarkable new footage from behind the scenes inside of the Capitol invasion.

Mogelson had attended the pro-Trump rally on January 6th already prepared for the potential violence that may ensue. He had spent months investigating different “alt-right” Trump-supporting organizations like the Proud Boys and anti-lockdown militias. The remarkable footage he was able to capture from inside the Capitol siege feels also interactive as he walks through breaching the first barricades to rummaging through the desks on the Senate floor, as well as all the violence in between.

After attending the riot, he penned a report published Friday by the magazine titled “Among the Insurrectionists” detailing his experience observing the angry mob. Describing the scene as the crowd stormed into the Capitol building, he wrote, “A dozen police stood in a hallway softly lit by ornate chandeliers, mutely watching the rioters—many of them wearing Trump gear or carrying Trump flags—flood into the building. Their cries resonated through colonnaded rooms: “Where’s the traitors?” “Bring them out!” “Get these f*cking c*cksucking Commies out!”

Check out the video from inside the siege below, and read Among the Insurrectionists by Luke Mogelson here.