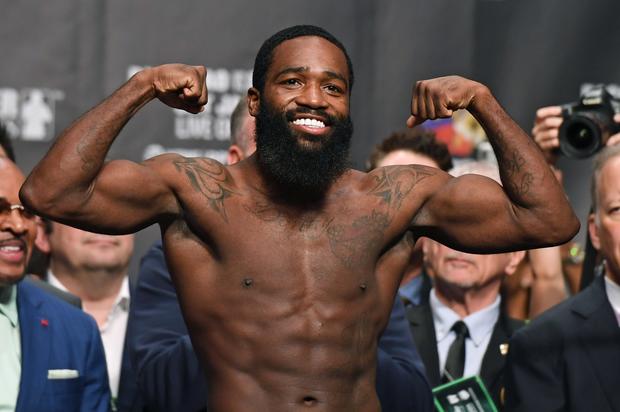 OnlyFans took 2020 by storm, especially as the pandemic struck. Many people lost their jobs and turned to OnlyFans to supplement the lost income. There have been plenty of success stories, despite the criticism and even celebrities started launching pages. Cardi B, Tyga, and more have launched their own page where fans are able to receive exclusive content, whether it’s Cardi clarifying rumors or Tyga taking the power into his own hands after facing threats of his nudes leaking.

Adrien Broner’s recent financial situation has put a spotlight on his pockets, though it doesn’t appear that he’s shameful of this. With the boxer’s unpaid $800K judgment from 2018 hanging over his head, a judge put him on blast for flashing wads of cash on his IG page. He insisted it was his friend’s money and now, he’s doubling down on the claim. The boxer/rapper took to IG where he put out a public call for advice on launching an OnlyFans page in order to clear his debt.

And while people decided to roast him over the $13, he took a step further and requested his fans CashApp him the same amount.

“Look everybody just CashApp me $13 so I ain’t got to make a #OnlyFans,” he wrote before plugging his CashApp handle, $AboutBillions89. “What ever you can afford will be helpful my $13 ass need it and I will be #Grateful.”

It seems that the call to donate paid off, to a degree. He apparently made a dent in the debt, though certainly not a big one.

“We are $799,029 away from paying off my debt. With you all help we can get this done in no time,” he wrote before, once again, plugging his CashApp handle.

Check out his posts below.

Joyner Lucas Reveals How He Picked Logic Over Eminem To Appear On Hit Single ‘ISIS’ | HipHopDX Subscribe Subscribe To DX Newsletter Get the most important stories in Hip Hopstraight to your inbox Thank You! Thank You! Thank You!You’re Far Too Kind To complete the subscription process, pleaseclick the link in the email we just sent you. Joining Newsletter Source link