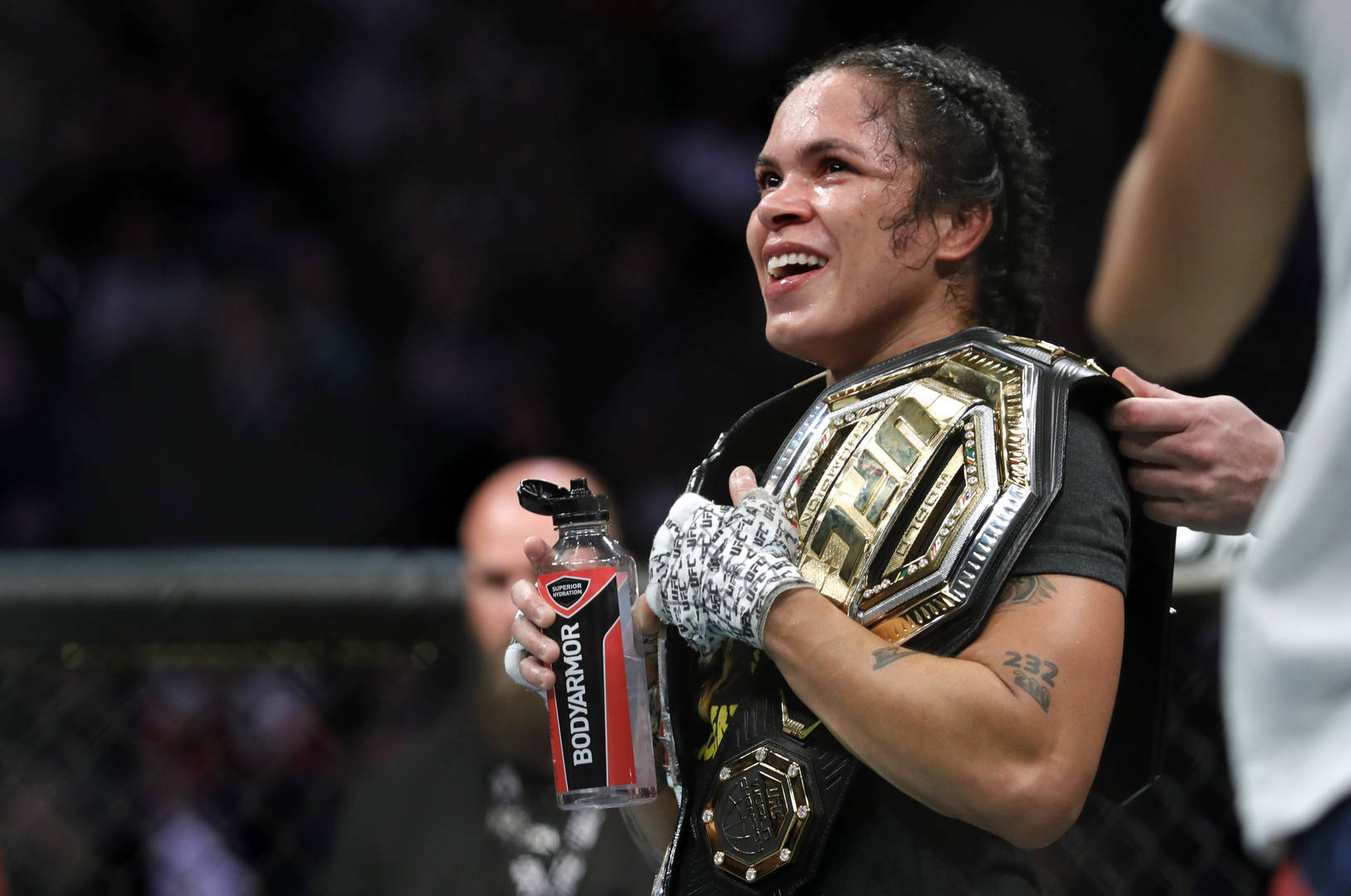 Amanda Nunes dominated Megan Anderson in the co-main event of UFC 259, defending her featherweight title with a submission in the first round.

Nunes came out swinging, connecting on multiple punches. In a flash, Nunes had Anderson locked in a triangle arm-bar, after which, Anderson tapped out.

Following the victory, Nunes celebrated with her daughter in the octagon.

Dana White praised Nunes prior to Saturday’s fight, saying that she’s been “dropping guys in camp.”

“She’s one of my all-time favorites,” White said of Nunes. “She doesn’t care who she’s fighting, she’ll fight anybody. One of the sweetest people that you’ll ever meet, very, very easy to deal with, but once she steps inside the octagon, she’s an absolute savage.

“What’s scary about her right now is Dan Lambert, the guy that runs her team, is saying he doesn’t understand why but she looks better than she’s ever looked in this camp, and she was dropping guys in camp. So this is gonna be interesting.”

6ix9ine Catches Nipsey Hussle Fans’ Wrath For Referencing His 2019 Murder | HipHopDX Subscribe Subscribe To DX Newsletter Get the most important stories in Hip Hopstraight to your inbox Thank You! Thank You! Thank You!You’re Far Too Kind To complete the subscription process, pleaseclick the link in the email we just sent you. Joining Newsletter Source link