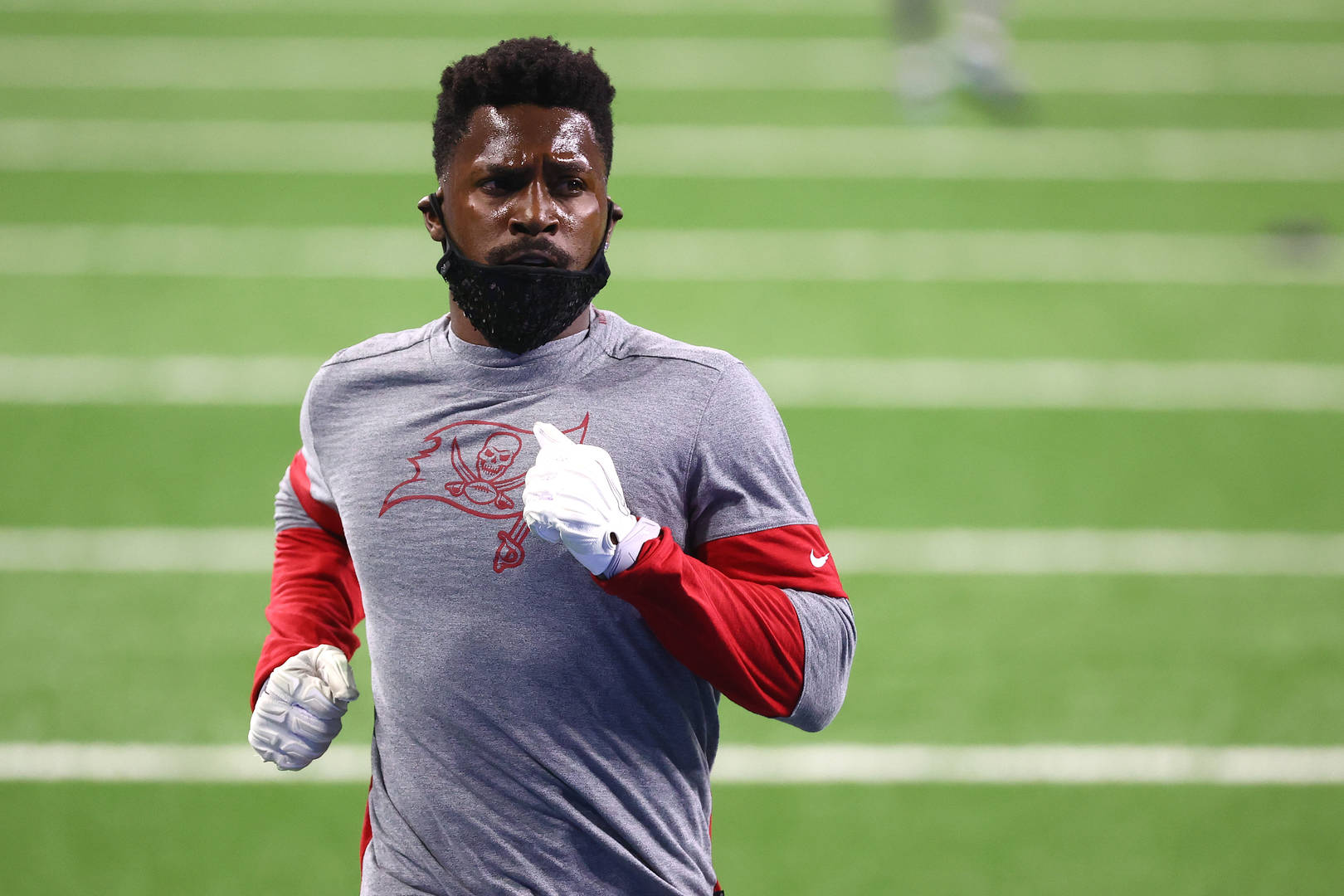 Antonio Brown is in the midst of recovering from a knee injury.

While he had a sluggish start to the season, Antonio Brown proved to be a huge pickup for the Tampa Bay Buccaneers in 2020. He was responsible for numerous massive plays out on the field and in the Wild Card Round of the playoffs, he was able to get a touchdown. During the Divisional Round against the New Orleans Saints, Brown suffered a knee injury which ultimately kept him out of the NFC Championship Game against the Green Bay Packers.

With the Super Bowl going down on Sunday, Brown has been rehabbing his knee, and according to reporter James Palmer, Brown was a full participant in practice today, which means he is right on track for playing in the big game.

Brown was on the Pittsburgh Steelers 10 years ago when the team made it to the Super Bowl although they ended up losing to the Packers. Now, Brown will have yet another chance at glory and it’s clear he is motivated to be on the field for the festivities.

The Buccaneers and the Kansas City Chiefs are poised to give fans an incredible game and with AB in the lineup, the Chiefs will have a handful in the backfield. There is about to be a whole lot of talent on the field, and we can’t wait to see how this all goes down.

Brooklyn Drill Sergeant Sleepy Hallow's Sharp Rhymes & Flair For The Dramatic Make Him A HipHopDX Rising Star 2021 | HipHopDX Subscribe Subscribe To DX Newsletter Get the most important stories in Hip Hopstraight to your inbox Thank You! Thank You! Thank You!You’re Far Too Kind To complete the subscription process, pleaseclick the link in the email we just sent you. Joining Newsletter Source link