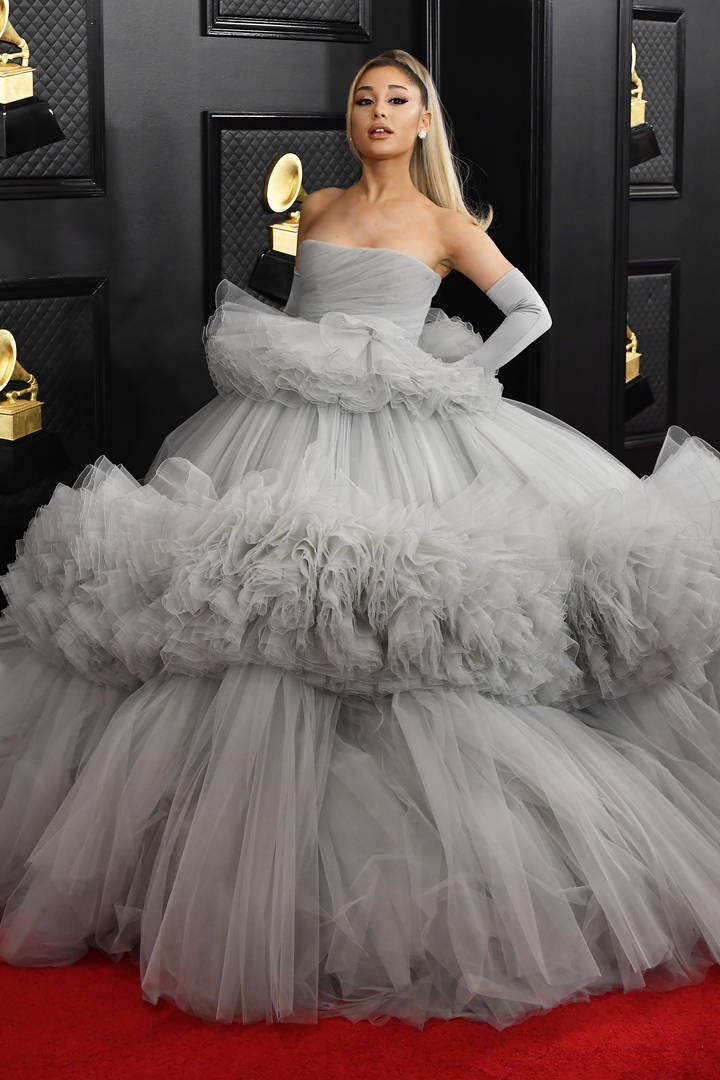 As a young international superstar, Ariana Grande is living her best life. The 26-year-old award-winning singer’s personal life is constantly under scrutiny, but it seems that she’s single and ready to mingle. She dated actor Graham Phillips for three years, late rapper Mac Miller for two years, G.O.O.D. Music’s Big Sean for eight months, her backup dancer Ricky Alvarez for a year, and just weeks after meeting Pete Davidson, the two were engaged. That relationship lasted just a few months.

Ariana most recently has been tied to Social House’s Mikey Foster and the two were even spotted on a reported date together at Disneyland, however, TMZ shares that the singer was recently spotted in L.A. with an unknown companion. Ariana and her friends reportedly went to a bar in the San Fernando Valley area of Los Angeles around 1:00 a.m. and slid into a booth. While the singer’s crew reportedly had a few cocktails, Ariana kept herself sober and only drank water.

Someone snapped a blurry, far-away video of the singer with her male friend while they kissed each other affectionately, according to the outlet. “She was, however, in a chatty mood. Our sources tell us there was a DJ nearby who was actually playing Ariana’s song, ‘God is a Woman,’ right around the same time she was there,” TMZ writes. “We’re told AG asked the guy to switch up the tunes … she didn’t wanna hear her own song.”

The publication also states that their intel claims Ariana and Mikey aren’t a couple, but they do spend quite a bit of time together.