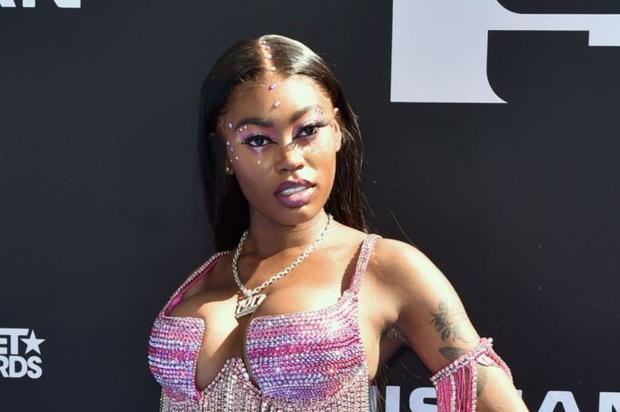 Asian Doll, Megan Thee Stallion, and JT of City Girls got into it on Twitter, Sunday.

Asian Doll, Megan Thee Stallion, and JT of City Girls got into a Twitter exchange, Sunday, after Doll revealed she was taken off Megan’s song “Do It on the Tip,” off her debut album, Good News.

“Me & Megan still friends idgaf about no song I did in my sleep,” she initially wrote, before admitting, “I was (mad) but ima Sagittarius we get mad then 10mins later WE DON’T GIVE A FUCK BOUT NUNNADET SHIT. (sic)”

Doll was replaced by City Girls on the track, and in turn, JT responded to her new tweets: “A real friend is something you bitches really don’t know nothing about!” she wrote, not directly calling Doll out by name. “I been doing good but ima bout to start laying y’all attention hoes out & I’m coming with FACTS!!!!! Sympathetic ass hoes are really starting to grind on my gears! FR!”

JT added, “Like if you know it’s gone draw attention & cause commotion … why speak on it? Mind you lying! But GO OFF!”

Doll continued to tweet: “This whole song getting out of hand! My intentions wasn’t bad when I played it I DON’T WANNA BE ON THE DELUXE I Don’t Wanna Put It Out I played it because ITS NEVER coming out! I don’t need to be a pick me bitch cause at the end of the day I’m having my way with this shit.”

Lil Uzi Vert even caught some stray shots in the argument.

Megan stayed out of it for the most part, but in a since-deleted tweet wrote, “We got each other number in real life I don’t have to say nothing to nobody on an app…”

Her silence seemed to upset Doll who wrote “How you don’t defend a bitch that RUN to defend you.” Doll defended Megan back in the summer after her incident with Tory Lanez.

Asian Doll Calls Out City Girls Rapper JT To 'Really Fight' Following Twitter Spat | HipHopDX Subscribe Subscribe To DX Newsletter Get the most important stories in Hip Hopstraight to your inbox Thank You! Thank You! Thank You!You’re Far Too Kind To complete the subscription process, pleaseclick the link in the email we just sent you. Joining Newsletter Source link