Asian Doll Gets Portrait Of King Von Tattooed On Her Hand: LOOK 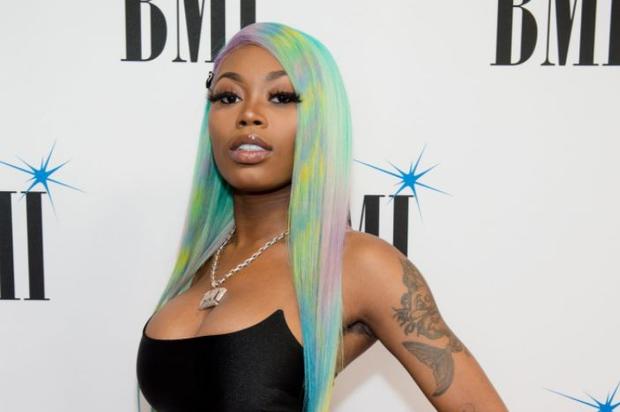 After teasing that she was getting Von tattooed on her face, she decided to place her new body art on her hand.

One week after releasing his debut album Welcome to O’Block, King Von was gunned down in front of an Atlanta hookah bar. The shocking death of the rising Chicago rapper continues to stun the rap community as Von’s loved ones grieve his death and celebrate his life. As the legal system attempts to piece together what happened the evening King Von was murdered in hopes of bringing justice in his case, Von’s girlfriend, Asian Doll, continues to take to her social media accounts to memorialize the man that she loved.

Last week, Asian Doll, or Asian Da Brat, shared that she had plans to get King Von tattooed on her face, but it looks as if she opted to get ink elsewhere. The rapper shared her latest bit of body art to her Instagram Story and Twitter account, and she’s chosen to get an impressive portrait of her late boyfriend tattooed on the back of her hand.

Asian Doll shared a video that showed her new tattoo in detail and she’s excited to carry Von with her for the rest of her life. “Know How We Rocking DAYVON,” she wrote in the caption to her tweet. She also added that people were already criticizing her tattoo prior to it being completed. “My tattoo so raw I ain’t even finished & mfs already haten but soon as my sh*t get finished they finna be d*ck riding.”

Check out videos of Asian Doll’s new ink and let us know what you think.

The Weeknd Demands Transparency From 'Corrupt' Grammys — & Gets Clarity From President