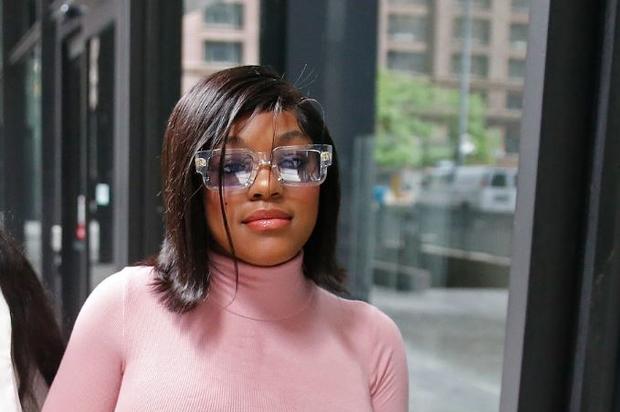 Azriel Clary has been working on an EP, and while the public knows that she’s a singer, the aspiring star shows off her rapping skills, as well.

As time progresses, Azriel Clary continues to come out of her shell. The former girlfriend to R. Kelly was once a fierce defender of the disgraced singer, but now that she’s separated herself from him and reconnected with her family, the 22-year-old is showing more sides of herself. One of her dreams is to become an accomplished singer and over the last few months, she’s shared her talents on social media. On Wednesday (April 1), she flexed her rapping skills, as well.

“You guys, I actually love rapping as much as I enjoy singing. it may be raunchy, but somehow it’s empowering to see my strength, and to know that NONE of us (all my beautiful queens) none of us need a man that isn’t helping us grow physically, mentally, financially, and spiritually,” Azriel wrote in a caption to her video. She noted that this was her remix to NLE Choppa and asked for her followers to tag him if they enjoyed her rhymes.

Lyrically, Azriel exudes confidence in herself, including her sexuality. Her name will continue to be linked to R. Kelly and we’re certain to hear more about her as information regarding his cases surface. For now, Azriel Clary is hoping to show what she’s made of separate from Kelly, so check out her bars and let us know if you think she has what it takes to become a star.