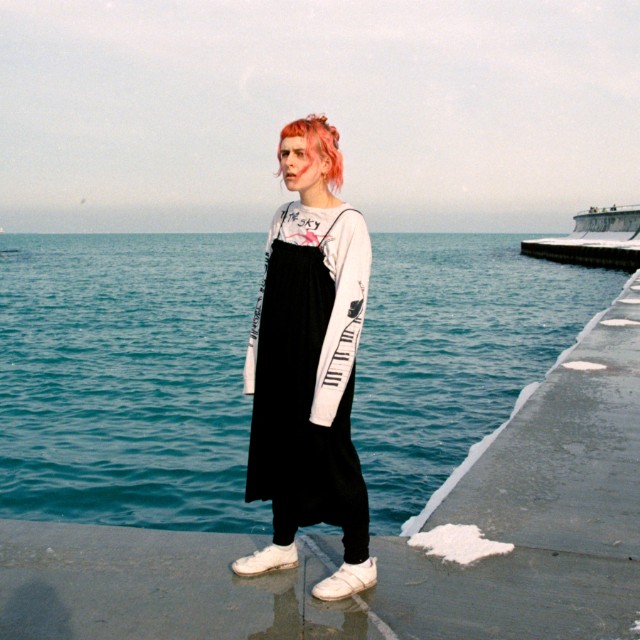 Last year, someone broke into Lillie West’s apartment while she was sleeping. She didn’t wake up. At the time, West was living in a one-bedroom on the ground floor in Chicago and, while everything that was taken ended up being replaceable, a creeping unease settled in. Paranoia took over West’s mind. It made her feel unsafe all the time, and think a lot about the end of the world.

The break-in was compounded by the death of a close friend and coincided with her nascent sobriety. She started spending a lot of time alone, both to avoid any triggers that would set her off and out of a fear that something bad would happen to her that she couldn’t predict. She began to write a lot of songs — these would come to make up her sophomore album, The Lamb, which comes out in September on Hardly Art.

West started making music a few years ago as Lala Lala. The name invites an embarrassing participatory singalong, the same sort of awkward vulnerability that manifests itself in West’s songs. It’s telling, then, that West spent her early years obsessed with music without realizing that she had the capability to make it, too. “I would beg my parents to go the shows,” she says. “I saw more live music as a teenager than I have in all the years combined.” But it wasn’t until after she moved away from where she grew up in Los Angeles — she was born in England — and to Chicago for school that she was encouraged by a friend to buy a guitar off Craigslist and try her hand at creating what she loved the most.

One of the first songs she ever wrote was “Fuck With Your Friends,” which appears on her 2016 debut album Sleepyhead. It’s a shaggy hangout song, the kind you’d sing with your buds while you burn through cheap cans of beer. “I drink more than I want to/ Because it makes you easier to talk to/ And what you’re saying is boring,” she sings in its first lines. “Just sleep late and keep your head down/ And fuck with your friends/ It never ends,” goes the chorus.

West admits that she doesn’t remember a whole lot about making that first album because she wasn’t yet sober. “Everything in my life, whether I knew it or not, was about getting high or wasted,” she explains. “So the band was sort of an afterthought.” That’s not the case anymore: The Lamb has a new sense of clarity and intention. It’s less muddy than Sleepyhead, more ambitious and refined. “The band is now the most important thing to me ever,” she says. “It’s the only place where I can feel similarly to being high. It’s the only thing that’s as satisfying. Which sounds sort of scary, but it’s not. It’s positive.”

She’s no longer concerned about getting fucked up with her friends and more concerned with making sure that they stay alive in a world that feels increasingly chaotic. “Keep my friends safe night and day/ Keep my friends safe now and always,” West sings on The Lamb’s penultimate track “When You Die.” There’s an apocalyptic energy to her new album, one that’s fueled by spending too much time alone, self-destructive behavior, and getting tangled up in patterns of self-doubt. “I got super paranoid about the end of the world,” she says. “It was totally debilitating. I would cry every night trying to go to sleep, playing out these horrible scenarios.”

Lead single “Destroyer” is about learning to not pay attention to those thoughts. “You are the reason my heart broke behind my back,” she sings to herself. It’s about trying not to be bad, about not trusting your instincts because they’re not always right. “I used to think that any emotional feeling that I had was correct,” West explains. “I used to think I should be guided by that. But now it’s ridiculous to me. You should listen to yourself, but you can’t have everything you want all of the time.”

At its core, The Lamb is an album about a lack of control. It operates between two poles, shifting between paranoia about the apocalypse and the insular struggle of rewiring your brain during struggles with addiction. Both of them stem from feeling like you have no say — over your actions, your destiny, or what might happen to you at any given moment.

She translates those anxieties into songs that feel like wired fever dreams. And putting those murky thought loops that possessed her mind into something concrete like music helped West come to terms with the fact that the doomsday probably isn’t right around the corner. That realization comes with its own set of fears and troubles, but for right now just existing seems like enough: “As I’m seeing now, more often than not, people continue living and things don’t explode,” she says. “I keep going on planes and they keep not crashing.” 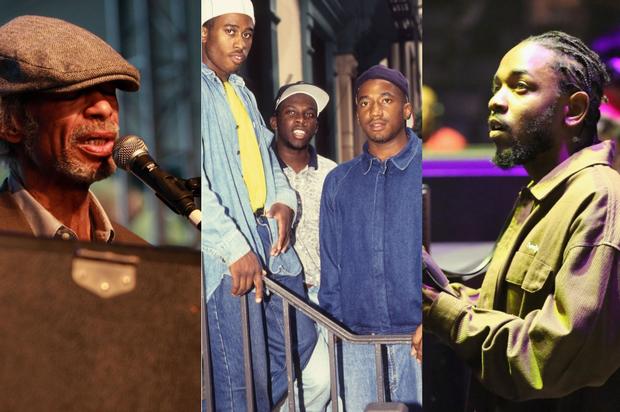 We Got The Jazz: A Brief & Incomplete History Of Jazz In Hip Hop

Please note that this article is in no way intended to be a comprehensive guide to every major artist who has mixed jazz with hip hop, and I am not at all claiming to be an expert on the subject. I am simply a fan who did some research and would like to pay tribute to some of my favorite artists."Back in the days when I was a teenager / […]