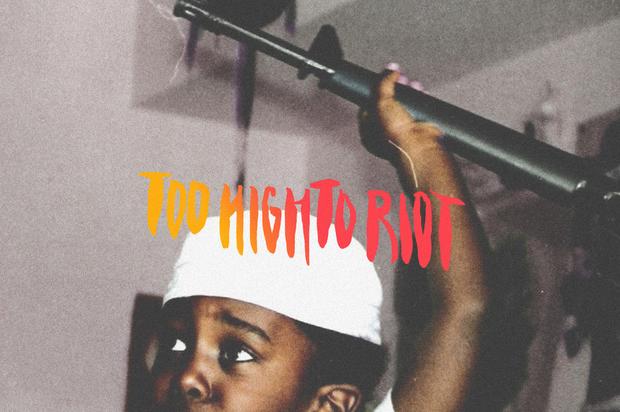 Today marks the five-year anniversary of Too High To Riot, the sophomore album from Dreamville artist Bas. Released on March 4, 2016, Too High To Riot arrived two years after his impressive debut outing Last Winter and found the French-American Rapper in a creative zone that expertly showcased his talents and growth as an artist. Executive produced by Ron Gilmore, the album boasted guest appearances from The Hics as well as Bas‘ fellow Dreamville artists Cozz and J. Cole.

Five years since the release of Too High To Riot, “Night Job” still remains as one of the highlights from Bas‘ sophomore album. “Night Job” was the album’s lead single, and it featured an iconic guest appearance from none other than J. Cole, joining a long list of phenomenal collaborations between the fellow Dreamville artists. The single found both artists trading witty, high-energy verses, and it successfully got fans hyped for the then-impending release of Too High To Riot.

Where does “Night Job” rank for you in terms of Bas and J. Cole collaborations?

YBN Almighty Jay Blames Cordae & Nahmir’s Exit On Alleged Crooked Lawyer | HipHopDX Subscribe Subscribe To DX Newsletter Get the most important stories in Hip Hopstraight to your inbox Thank You! Thank You! Thank You!You’re Far Too Kind To complete the subscription process, pleaseclick the link in the email we just sent you. Joining Newsletter Source link