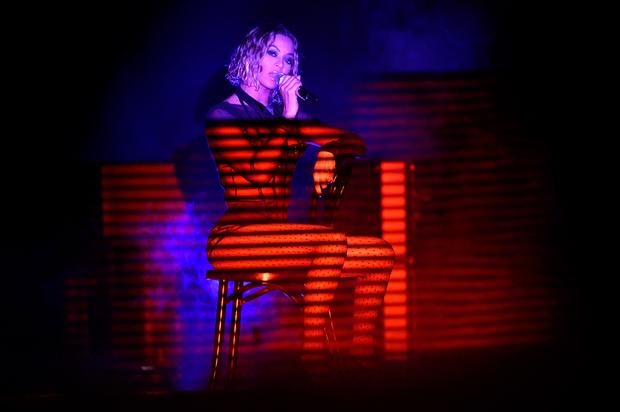 It’s been 24 hours since the American Music Awards delivered their virtual show and people are still talking about hot takes from the winners and performances. There were a few controversial moments, not because the AMAs didn’t go off without a hitch, but because some of their choices sparked debates. Doja Cat’s win for Best Female Artist Soul/R&B has continued to be the topic of conversations as people discuss what exactly Soul and R&B music sounds like, and Jennifer Lopez has also become a trending topic after her striking performance gave Beyoncé fans pause.

Lopez took to the AMAs stage alongside Maluma as she performed “Pa’ Ti” and “Lonely.” The multihyphenate entertainer donned a look similar to Beyoncé’s 2014 Grammy Award performance where she and husband Jay-Z gave their live rendition of “Drunk In Love.” Fans made sure to point out the similarities that spanned from J. Lo’s outfit to her hair, to the stage lighting, to the fog, to the dance moves. The BeyHive wasn’t letting her off without a scolding, and they took to social media to share just what they thought of Lopez’s recent performance.

Check out a few reactions below and let us know if you think J. Lo swiped a few ideas from Beyoncé.

French Montana Posts Up With Jim Jones Following Bronx Hometown Thanksgiving Turkey Drive | HipHopDX Subscribe Subscribe To DX Newsletter Get the most important stories in Hip Hopstraight to your inbox Thank You! Thank You! Thank You!You’re Far Too Kind To complete the subscription process, pleaseclick the link in the email we just sent you. Joining Newsletter Source link