Bhad Bhabie Apologizes For Her "Who Wants To Be Black?" Rant 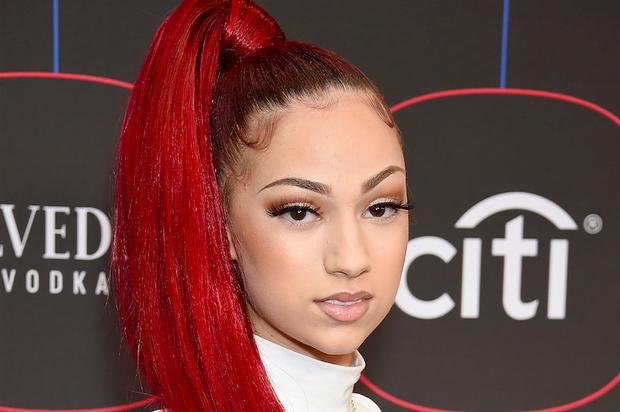 Months after making a few brutally controversial and frankly, offensive comments on an Instagram live stream, Bhad Bhabie has issued an apology.

In case you missed it, for a large part of 2020, Bhad Bhabie was being accused of cultural appropriation for wearing her hair in braids and using makeup that was darker than her actual skin color. While she initially did not seem fazed by the comments, something eventually compelled her to hop on Instagram live and defend herself back in April. Unfortunately, it only made the situation much worse.

“Y’all say that I ‘try to be black’ because I…maybe [the] reason is because I grew up in the hood. Tarzan, right? The story of Tarzan,” she said. I’m going to assume you know the story of Tarzan, and therefore understand why that remark was incredibly inappropriate. She went on to compare herself to Lil Kim. “I used darker foundation. Lil Kim uses foundation that – no disrespect toward Lil Kim, I’m actually a fan of hers. No disrespect to her – but the girl wears foundation that’s too light for her face.”

“Who wants to be black? I don’t understand that! I just can’t comprehend it,” she concluded.

Now, eight months later, Bhad Bhabie has come forward with — what many may consider — a long overdue apology. “I apologize to anyone who was offended by what I said. It was not meant how it was taken. I would like for y’all to understand that I didn’t mean it in a bad way I was saying it like ‘who are you talking about’ not meaning it’s bad to be that,” she captioned her latest Instagram post — a video of her explaining herself in more detail.

“This is the last time I will defend myself on this topic y’all can twist whatever you want but I know what I truly meant.”

Watch the full video below.

Drake, Future, Lil Baby & Roddy Ricch Named To YouTube's Top 10 Trending Music Videos Of 2020 | HipHopDX Subscribe Subscribe To DX Newsletter Get the most important stories in Hip Hopstraight to your inbox Thank You! Thank You! Thank You!You’re Far Too Kind To complete the subscription process, pleaseclick the link in the email we just sent you. Joining Newsletter Source link