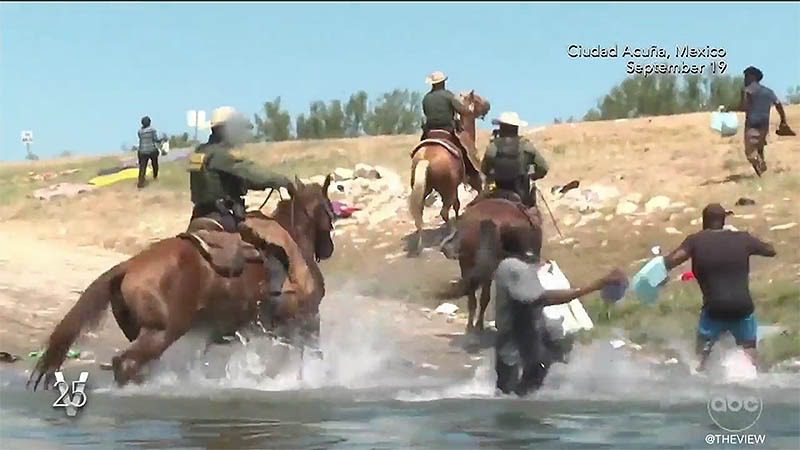 
Since photos have surfaced showing the US Border Patrol whipping and chasing migrants while riding on horseback at the Del Rio International Bridge, many are outraged and calling on the Biden administration to intervene in the humanitarian crisis.

The migrants, most of whom were Haitian, were trying to return to a refugee encampment under the bridge when they were assaulted by border patrol agents.  News of the photos of the Haitian migrants being whipped at Del Rio were met with anger and calls for accountability from the public.

Hosts from the popular TV show “The View” voiced their disappointment with President Biden and his handling of the migrant crisis at the border. “Now Haiti was just ravaged by an earthquake, and the [Haitian] president’s assassination has left the country in chaos, but the president is still flying migrants back there,” co-host Whoopi Goldberg expressed.

The photos have emitted harsh responses from the rap community. Haitian rapper Jackboy reposted one of the many harrowing images from the border to his Instagram story with a facepalm emoji.

Fellow Haitian rapper and activist Zoey Dollaz also made a heartfelt Instagram post where he said “I am mentally exhausted and distraught. Every week it’s something else I have to mentally prepare myself to post and bring awareness to.”

Fugees veteran and philanthropist Lauryn Hill is looking to see who is doing something on the ground in Haiti to support the ravaged nation and is offering to help legitimate efforts.

Under President Biden’s administration, the government has started deportation flights for the large number of migrants seeking refuge in the Texas town of Del Rio. 400 agents were sent to Del Rio to handle the situation.

More than 10,000 Haitian migrants have been staying at the camp hoping to find asylum in the United States after the country has been devastated by political and social unrest since the recent assassination of the Haitian president, a massive earthquake, and hurricanes.

XXXTentacion and Lil Peep are being sued by a singer-songwriter who claims the two late artists copied his song for their 2018 posthumous joint song "Falling Down."According to documents obtained by XXL, Richard Jaden Hoff, formerly known as K.R.I.O., filed a copyright infringement lawsuit against the late rhymers, claiming that a guitar riff from his song "Under My Breath" was sampled by production team Invisible Men or IIVI (producers Jason […] 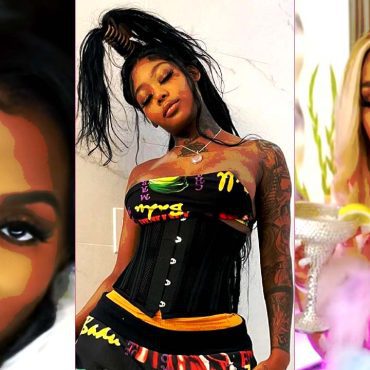