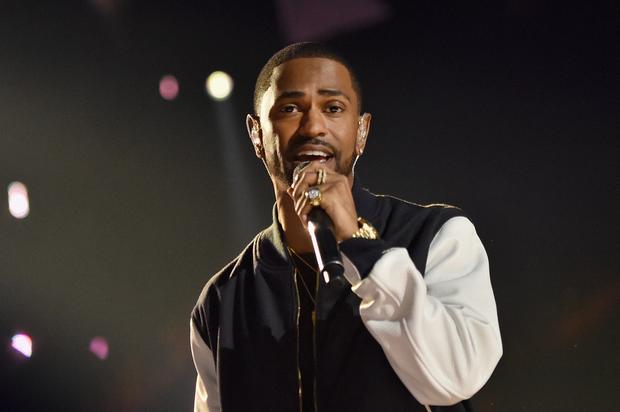 Big Sean’s next album is rumored to have an April release date, so the rapper gave fans a peek as to what he’s been working on.

It’s a vibe in the studio with Big Sean. Just yesterday, Big Sean showed up and showed out for his girlfriend Jhené Aiko’s album release party for her forthcoming project Chilombo. Apparently, when the fun was over, Sean Don immediately hit the studio and has been in a creative space just working out some new music.

On Wednesday (March 4), the rapper shared a clip of himself dropping a few bars that may or may not make it onto an album. “Still f*ckin wit this but my brudda jus caught me vibin out,” he wrote in the caption to the video. He raps, “The days are getting shorter I noticed / Seems like time is moving fast forward while I’m in slow motion / Losing loved ones it’s really no one to cope with / It’s cool my third and my fourth eye open.” In his comment section Sean added, “@boi1da we gotta finish this one.”

It’s rumored that Detroit II will drop next month. After it was confirmed that Big Sean would be taking to the Coachella stage in April, the rapper stated, “Guess I got a good deadline for the new album now?” We’ll keep you updated on more information about Sean’s next project as it’s revealed, but in the meantime, check him out in the studio below.

Statik Selektah To Release 'The Balancing Act' LP On Nas' Mass Appeal Records | HipHopDX Subscribe Subscribe To DX Newsletter Get the most important stories in Hip Hopstraight to your inbox Thank You! Thank You! Thank You!You’re Far Too Kind To complete the subscription process, pleaseclick the link in the email we just sent you. Joining Newsletter Source link