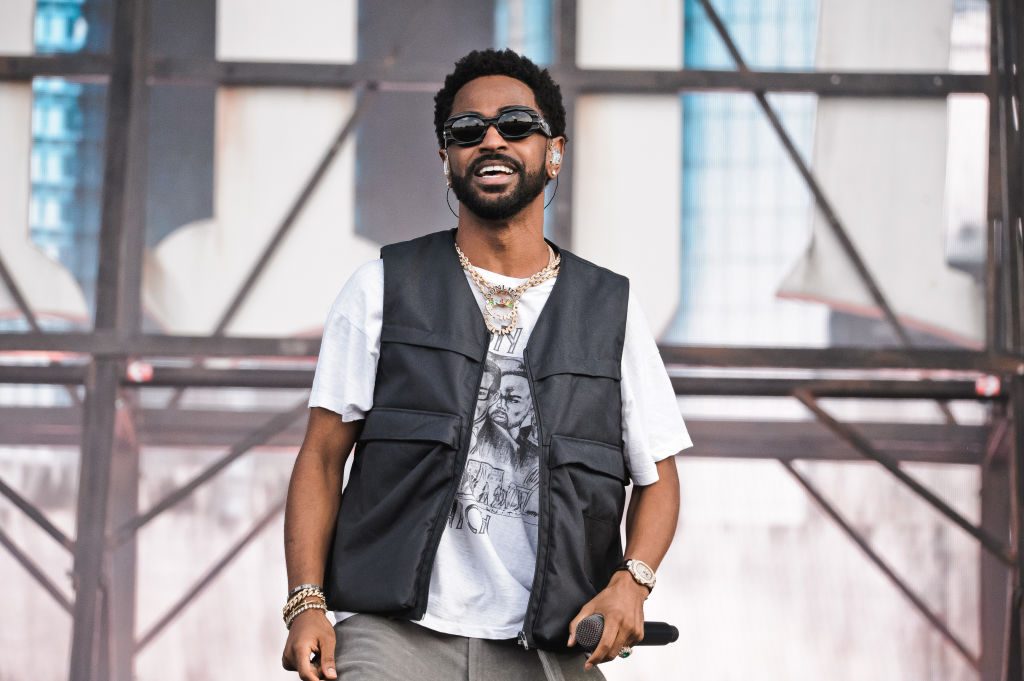 Prior to dropping off his Nipsey Hussle-assisted “Detroit 2” single “Deep Reverence,” Big Sean found himself faced with a choice to make.

Yesterday, Big Sean delivered the latest single from his upcoming Detroit 2 album “Deep Reverence,” featuring a posthumous verse from Nipsey Hussle — one that proved to be a major selling point, based on the early fan reactions. If anything, it served as a reminder of how Neighborhood Nip held it down on the microphone; sadly, it’s unlikely that we’ll be hearing many more verses from the west coast icon. For Big Sean, who recently confirmed a September 4th release date for his new project, the need to share a Nipsey Hussle verse with the world was simply too great to ignore.

Following the track’s release, Sean took to Twitter to share a few behind-the-scenes anecdotes about the song’s rollout. As he tells it, there were some at G.O.O.D. Music who weren’t convinced it was a good idea to release “Deep Reverence” as a single. “My label (a few people there, not the whole label) thought it wasn’t smart to put this song out ahead of my album, they told my team I should hold on to it,” explains Sean, in a since-deleted tweet. “They still supported my decision in the end tho.”

“My heart and my gut was saying not only do people deserve that song right now, I felt like hearing nips voice, his presence and the energy of the song itself was needed and deserved it’s own moment!” he continues. “Ever since that Verses w/ Hit Boy n Boi 1da I wanted to drop it since then…” A sound assessment, in the end, as “Deep Reverence” was met with universal acclaim upon its release — not only that, but it paved the way for a more introspective and mature project from Sean Don. Check it out for yourself right here, and look for Detroit 2 to land on September 4th. 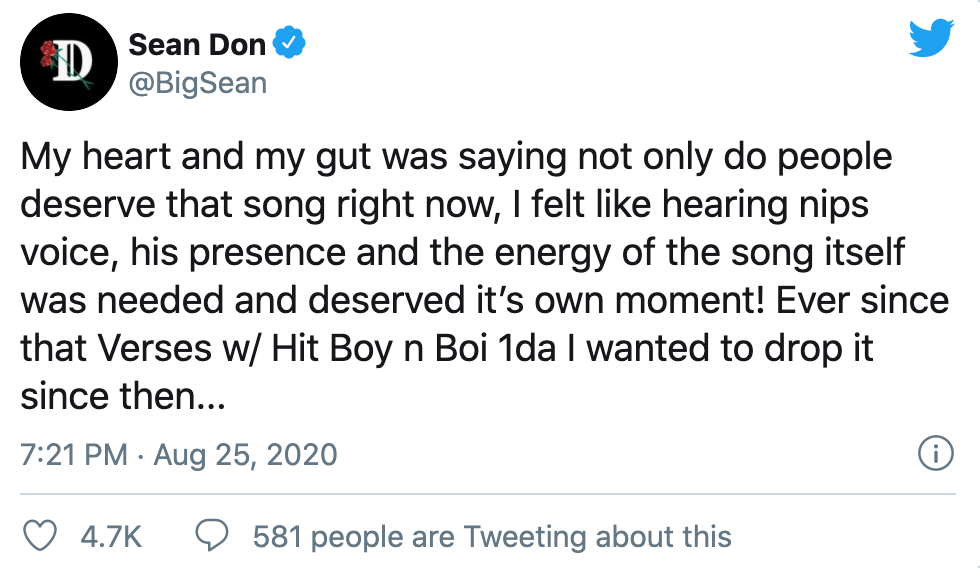 The Weeknd Reiterates His Usher Beef Is Fabricated