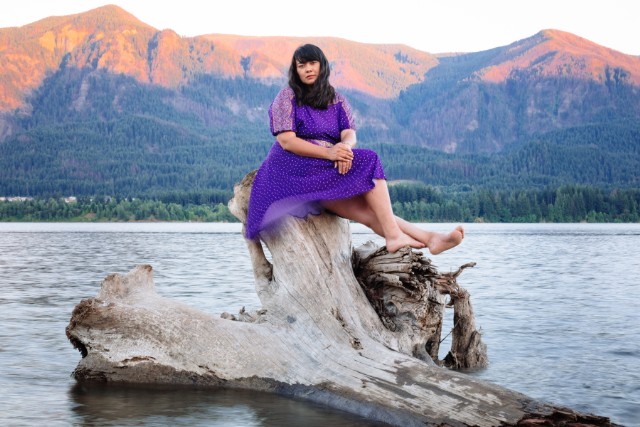 Black Belt Eagle Scout is the project of Portland-based musician Katherine Paul. She released her first self-titled EP in 2014, and her debut full-length, Mother Of My Children, initially came out last year and is now being reissued in the fall by Saddle Creek Records. The Omaha label seems to be getting in the habit of scooping up records soon after they’re released, like they did with Tomberlin’s upcoming debut, and providing them with a larger platform.

Mother Of My Children is grounded by songs that explore Paul’s identity, which she sums up as “radical indigenous queer feminist.” The way she writes and experiences music is informed by her childhood, which was spent in a small Indian reservation near the Puget Sound in Washington state. Paul uses music as a way to process emotions, a sort self-inflicted therapy that leads to great personal revelation.

The album’s lead single “Soft Stud” is specifically about the tribulations of being in a queer open relationship, the push-and-pull between desire and selfishness. “I know you’re taken/ Need you, want you,” she repeats. It’s a sprawling six minutes that feels surprisingly compact, tight nerves and circuitous guitars and muddy drums building and breaking.

Mother Of My Children is out 9/14 via Saddle Creek.

What's so good? This weekend I'm off for a much needed vacation, and off to one of my favorite places on earth, Sedona, Arizona. Nestled in between my college hometown of Flagstaff and the Verde Valley, Sedona was one of my favorite weekend spots to go an unwind as I explored spots like Midgley Bridge and Grasshopper Point meandering my way up and down the creek.  Just the beautiful juxtaposition of the red rocks and the pine forest combined with […]