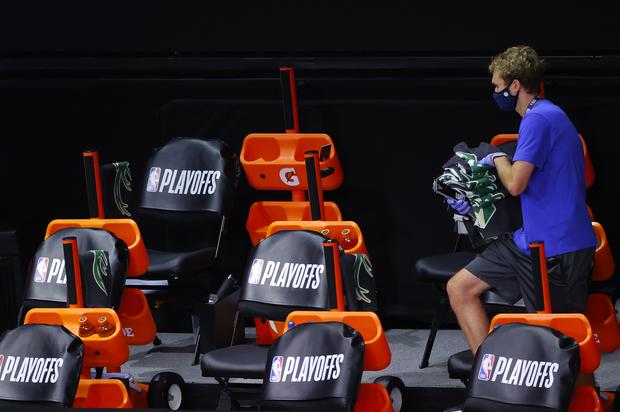 The demonstrators were protesting the death of Salaythis Melvin.

Throughout the last month, players in the NBA bubble have been vocal when it comes to racial injustice and many of the killings we have seen at the hands of the police. Simply put, the players want change, and their recent boycott was a prime example of this. The players and owners have agreed on a solution as to what to do next, and as a result, the players have agreed to finish out the season as planned.

Last night, a different kind of protest occurred at the NBA bubble, as demonstrators took to the public entrance where busses filled with staff and media tend to pass through. As Chris Haynes of Yahoo! Sports noted, the protestors were there to get the attention of the players. They also help up signs demanding justice for Salaythis Melvin who was recently shot and killed at a mall in Florida.

After a while, the bus was allowed into the facility. On social media, there were rumblings that the protesters were blocking the team busses although it’s unclear as to whether or not this was actually the case.

Either way, it’s clear the NBA has inspired people to fight for what they believe in, as shown in this recent demonstration.

NLE Choppa Urges Fans To Put Down The Travis Scott McDonald’s Burgers For A Plant-Based Diet | HipHopDX Subscribe Subscribe To DX Newsletter Get the most important stories in Hip Hopstraight to your inbox Thank You! Thank You! Thank You!You’re Far Too Kind To complete the subscription process, pleaseclick the link in the email we just sent you. Joining Newsletter Source link