Boosie BadAzz is the latest rapper facing backlash for defending DaBaby’s homophobic remarks made during DaBaby’s set at the 2021 Rolling Loud Festival in Miami on Sunday night (July 25).

On Wednesday (July 28), Boosie went on Instagram Live to rant about his displeasure of people canceling DaBaby for his homophobic remarks, but not Lil Nas X, who tweeted on July 24 that himself and Jack Harlow will perform their collaborative song “Industry Baby” naked for charity at this year’s MTV Video Music Awards. The award show airs on Sept. 12. However, knowing how Lil Nas X likes to troll on social media, the comments could all be a joke.

Boosie continued his rant, stating, “[Lil Nas X] and them they want to perform naked for charity. Bruh, they don’t tell him nothin’. They shouldn’t be pickin’ sides.”

“That’s the most disrespectful muthafucka in the world he said that he gonna get naked onstage,” he added. “They got kids watchin’ that shit. Niggas be taking it too far and shit.”

Boosie then went on to call Lil Nas X several homophobic slurs and suggested that Nas X perform oral sex on IG Live if he wants to go viral. In other clips, the 38-year-old rhymer continued to speak against Lil Nas X’s sexuality. “Ain’t nobody with that gay ass shit in the world, bruh,” Boosie expressed.

Boosie wasn’t finished with his rant. In another video, taken from his IG Live, the Baton Rouge, La. native continued to voice his outrage over Nas X’s announcement that he will perform naked at the MTV VMAs.

“Everybody not with their nephew sucking dick,” the Louisana rapper said. “Everybody is not with that shit. You can’t put that shit on everybody and expect it to be cool.”

The Goat Talk 3 creator then suggests that he would physically harm Nas X, if the “Montero (Call Me By Your Name)” artist were to perform nude while Boosie is in attendance at the award ceremony.

“If I’m at the awards and he go up there naked I’m gon’ drag his ass offstage and beat his ass,” Boosie BadAzz stated.

Boosie follows T.I. who also defended DaBaby yesterday (July 27) and compared the North Carolina rapper’s remarks to Nas X’s unapologetic music videos and performances. “If Lil Nas X can kick his shit in peace… so should dababy,” Tip wrote in the comment section of a The Shade Room post regarding DaBaby’s controversial remarks. T.I. also included an emoji of a man shrugging his shoulders and the hashtag #equality.

Several music artists have spoken out to denounce DaBaby’s homophobic comments. This morning, rock icon Sir Elton John issued a statement via Twitter, which reads in part: “We’ve been shocked to read about the HIV misinformation and homophobic statements made at a recent DaBaby show. This fuels stigma and discrimination and is the opposite of what our world needs to fight the AIDS epidemic.”

“Homophobic and HIV mistruths have no place in our society and industry and as musicians, we must spread compassion and love for the most marginalized people in our communities. A musician’s job is to bring people together,” Elton John added.

While Nas X doesn’t mention anyone directly, it appears he may have responded to Boosie and Tip’s comments on his Twitter account. 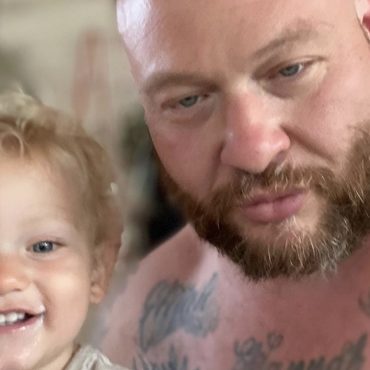 New York rapper Action Bronson might have just picked the best way possible to drop an exclusive line of baby gear. The hip-hop veteran has shared a batch of new pics showing off his baby boy. 129 Views AB hit up his Instagram page to plug his new gear. But more impressive than the line-up of mini-me attire quickly turned into Bronson sharing rare looks at his son. ““A NAME […]