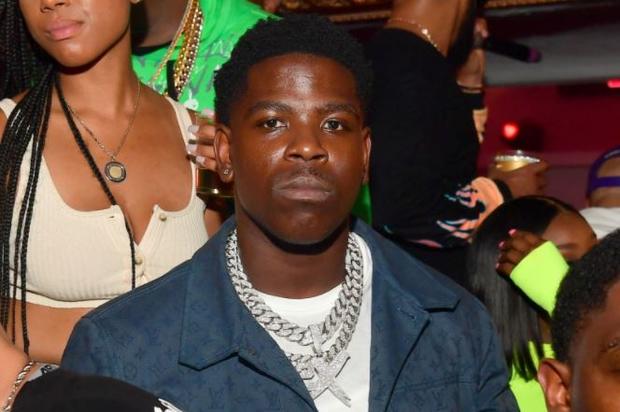 The FBI also alleges that the Roc Nation rapper may be connected to the murder of a teen and the misappropriation of COVID-19 relief funds.

More details have reportedly emerged about Casanova’s federal RICO case. News broke on Tuesday (December 1) that the 34-year-old rapper was wanted by the FBI in connection to a case that involved an alleged gang called Untouchable Gorilla Stone Nation. Casanova, real name Caswell Senior, is accused of being one of 18 members of the crew who have been hit with various counts including gun charges, racketeering charges, and allegations that they misappropriated COVID-19 relief funds.

We previously reported that Casanova’s specific charges are conspiracy to commit racketeering, conspiracy to distribute controlled substances, and possession of a firearm in furtherance of a drug trafficking crime. If convicted, it’s reported that the rapper could face life in prison with a minimum of 10 years.

At the time of this publication, Casanova remains missing as the FBI has issued a public plea on social media. “As the indictment alleges, the violence and drug activity committed by these gang members threatened the safety of our communities and placed innocent lives at risk,” FBI Assistant Director William F. Sweeney Jr. said. “Their unabashed criminal behavior, as alleged, included the murder of a 15-year-old and even extended to defrauding programs meant for people suffering economic hardship due to the pandemic. But thanks to the partnership and hard work of all law enforcement agencies involved in this investigation, we were able to stop this violent criminal organization — and show that Gorilla Stone is actually not ‘untouchable.'”

According to a report made by The Shade Room, the FBI has accused Casanova of “trafficking cocaine and marijuana in and around New York City’s boroughs.” This information was reportedly included in the unsealed, 32-page indictment that the outlet states they’ve obtained. Casanova and his alleged co-conspirators are also accused of maintaining these crimes for at least a decade.

The FBI considers the Roc Nation rapper to be a fugitive. Check out a few reactions from the public below.

LL COOL J Tried 'Everything In His Power' Not To Diss Funk Flex For IG Liposuction — But Did It Anyway | HipHopDX Subscribe Subscribe To DX Newsletter Get the most important stories in Hip Hopstraight to your inbox Thank You! Thank You! Thank You!You’re Far Too Kind To complete the subscription process, pleaseclick the link in the email we just sent you. Joining Newsletter Source link