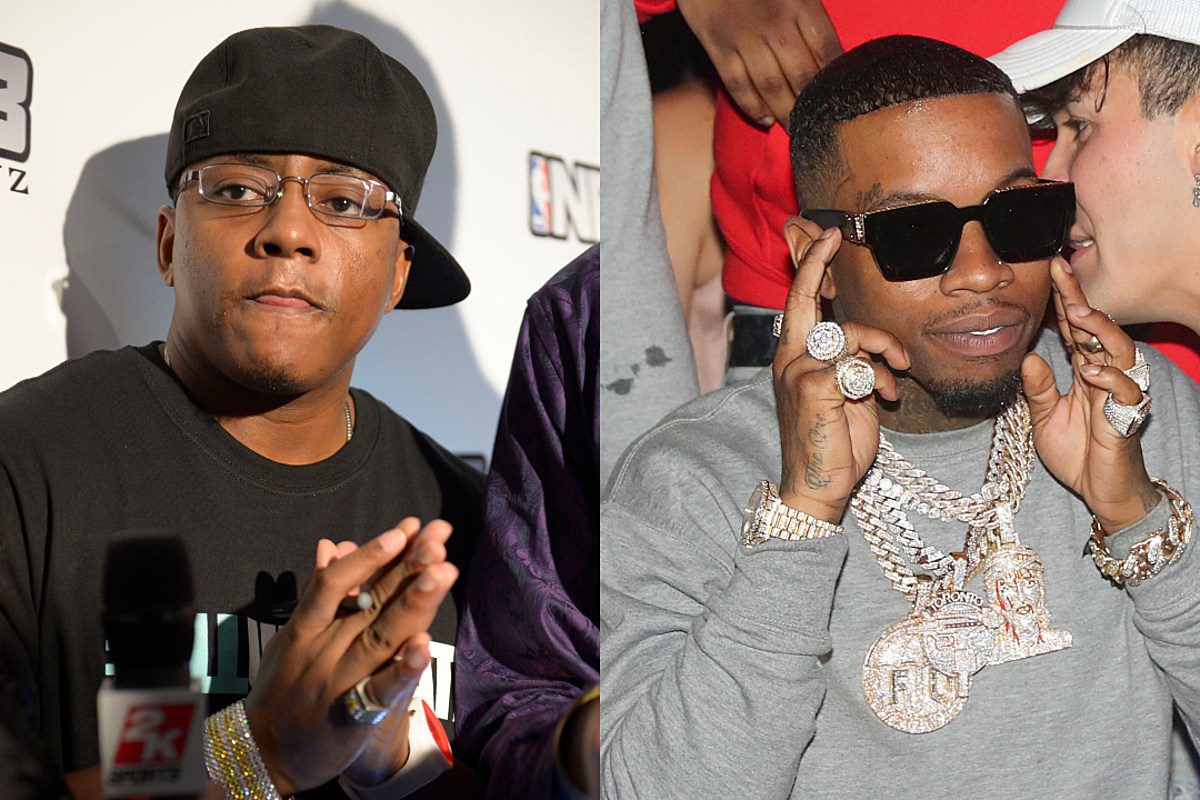 Cassidy has been accusing Tory Lanez of stealing his bars and now Cass is going at the rap-crooner on wax.

“What I write about make my bars hard to bite/Bars keeping still you keep stealing all the bars you write/Fuck all the hype you been a bitch all your life/But will shoot a chick push you Eddie in Harlem Nights,” Cassidy later raps in the song, referencing Tory being accused of shooting Megan Thee Stallion last year.

Elsewhere on the chorus-less song, Cass continues to accuse Tory of jacking lines. “Bitch you think we dumb you ain’t from where we from/Canada got free health care you gonna need some/It’s stolen bars in all the records that he done/None of his shit original, shits pitiful,” he raps. You can listen to the track at the bottom of this post.

This beef kicked on last month, when Cass called out Tory by posting a video on Instagram with several examples of Tory spitting lines that are eerily similar to bars Cassidy has previously spit. “I’m @torylanez favorite rapper. Ain’t no denying that 👀👂🏾. Show me the respect I deserve,” Cass captioned the clips.

Tory responded, saying he was only trying to pay homage. “I guess this is what happens when you try to pay homage,” Lanez wrote on Instagram. “The first freestyle I shouted ya name out because you did inspire me. The second one I went on YOUR beat. Sh*t is sad how you old n*ggas be mad at the young n*ggas for not showing love then when we do…we get responses like this.”

During a recent interview with Hip Hop Uncensored, Cass talked about the situation. “Pay homage and let niggas know I’m the reason why you sound and rap like that,” he snapped. “Don’t just fuckin’ rap on my beat. And I don’t need no fuckin’ shoutouts from niggas. I ain’t never asked for no shoutouts.”

It looks like Cas felt like he had to take the situation to wax. Tory Lanez has yet to respond on social media.

Rap rookie Coi Leray thinks she’s nice-nice. The hip-hop rookie has the world feeling her vibes and music. 159 Views You can’t blame her for feeling extra confident. She takes time to acknowledge no one is seeing her in the freestyle scene. She’s been doing big things lately. One most recent outing happened when she hit the Rolling Loud stage with Lil Durk and blew people away. Source link