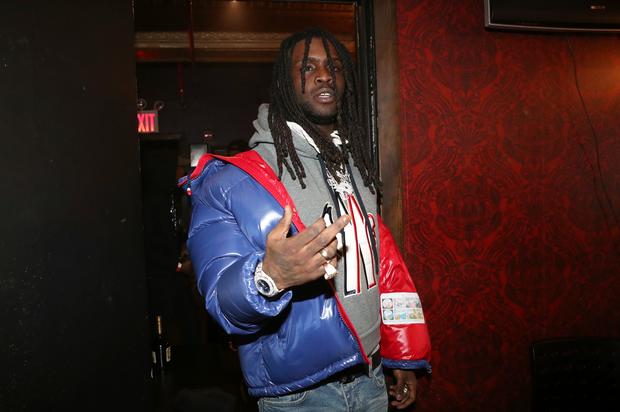 The Lakers celebrated their championship win by turning up to Chief Keef’s “Faneto” in the locker room.

Chief Keef‘s legacy lives on in so many ways. He maintains a position as one of the most influential rappers of the 2010s as the sounds of drill continues to influence and inform the current sounds of hip-hop today. More blatantly, his expansive catalog has produced hits that present themselves as timeless, even years later.

“Faneto” is still an anthem, five years after its original release. We’ve seen plenty of celebrities turn up to the song but it cemented its way into NBA history last night after the Lakers won the championships. JR Smith was on IG Live when the song came on mid celebration — champagne showers, and the nine. LeBron also makes a cameo in the video, rapping along to the intro.

While many had sent their congratulations to the Lakers and LeBron, including President Barack Obama, Chief Keef also showed love to the winners on Twitter. But even after Miami Heat’s loss, Chief Keef extended warm wishes to Jimmy Butler who

Butler was undoubtedly one of the hardest working players this season. He expressed his disappointment in his performance to game 6, vowing to bring the championship home in the next season.

“I told Coach Pat, I told Coach Spo I’m here to win one,” Butler said in a post-game interview. “I didn’t do my job, so moving forward, I got to hold up my end of the bargain.”

Dr. Dre & Top Dawg Clown Rick Ross After Los Angeles Lakers Defeat Miami Heat | HipHopDX Subscribe Subscribe To DX Newsletter Get the most important stories in Hip Hopstraight to your inbox Thank You! Thank You! Thank You!You’re Far Too Kind To complete the subscription process, pleaseclick the link in the email we just sent you. Joining Newsletter Source link