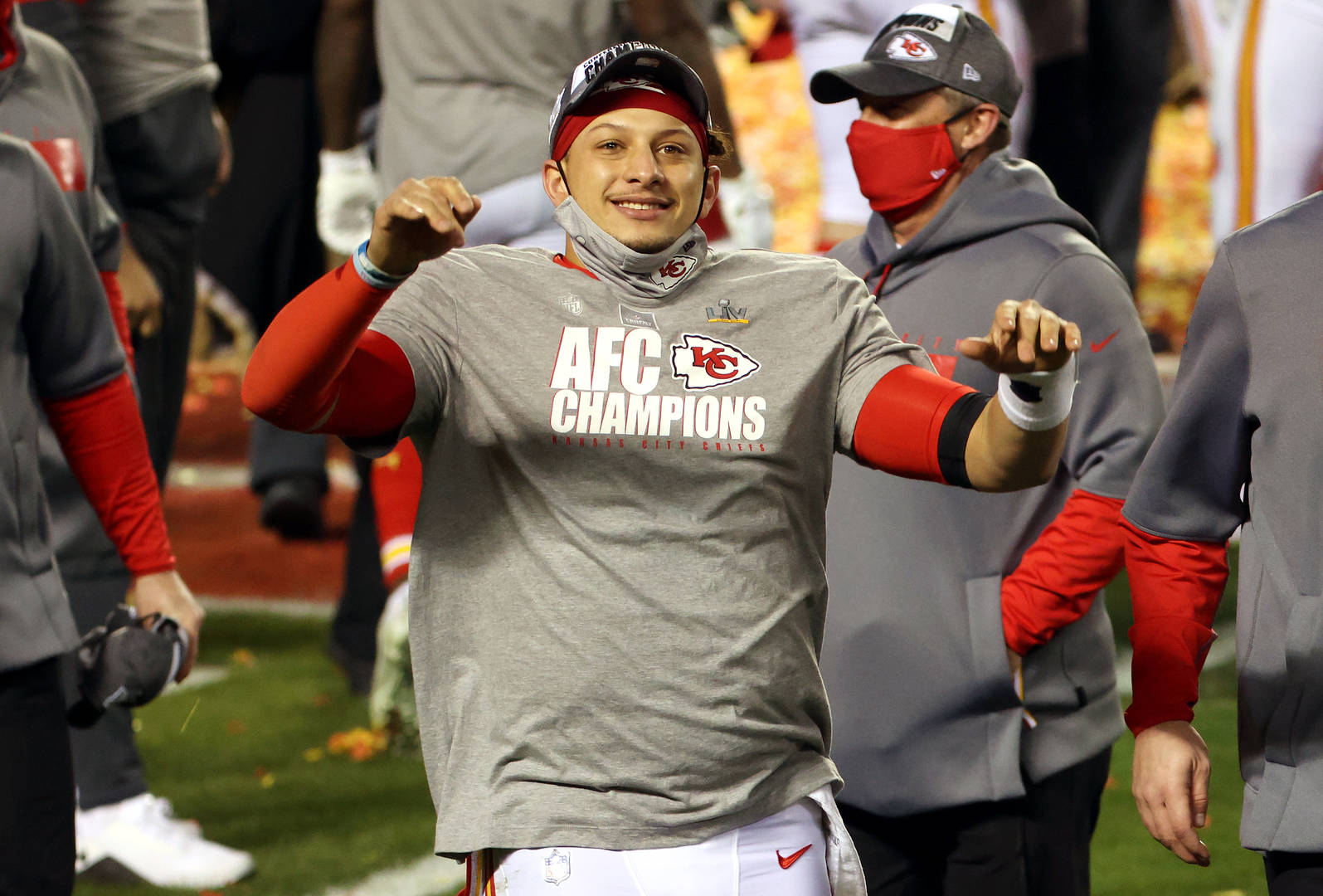 The Chiefs will officially take on the Bucs in Super Bowl LV.

The Kansas City Chiefs are advancing to the Super Bowl after defeating the Buffalo Bills 38-24 during the AFC Championship, Sunday. Star quarterback Patrick Mahomes helped rally his team back from a 9-0 deficit in the first quarter.

Mahomes, playing through a toe injury, went 29-of-38 for 325 yards and three touchdowns in the victory. His top wide receiver, Tyreek Hill, hauled in an impressive 172 yards.

The Chiefs, despite the win, lost their starting left tackle, Eric Fisher, due to an Achilles injury late in the game.

“I’m the old guy who has seen a couple of quarterbacks, and this guy seems to amaze me a little bit more every game,” Chiefs coach Andy Reid said of Mahomes. “I’m proud of the way that he handles it most of all. … He’s about the team. He works his tail off and he does it the right way. Which is important for the longevity of his career and success for the Kansas City Chiefs and obviously now for the Super Bowl.”

The Chiefs will take on the Tampa Bay Buccaneers for Super Bowl LV on February 7th.

Master P Fumes Over $1B Clubhouse Valuation: 'We Making Another One Of Them A Billionaire!'

Master P Fumes Over Clubhouse Getting $1B Valuation: 'We Making Another One Of Them A Billionaire!' | HipHopDX Subscribe Subscribe To DX Newsletter Get the most important stories in Hip Hopstraight to your inbox Thank You! Thank You! Thank You!You’re Far Too Kind To complete the subscription process, pleaseclick the link in the email we just sent you. Joining Newsletter Source link