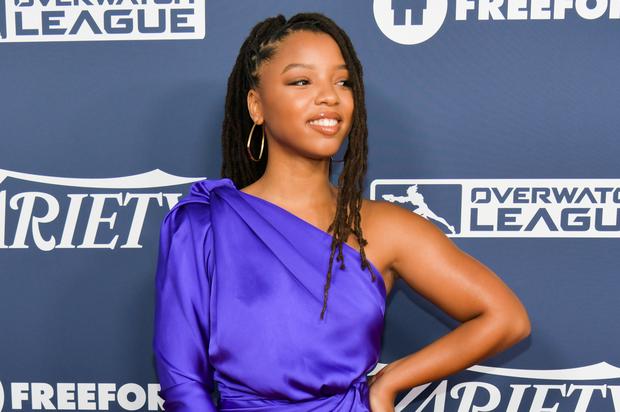 Chloe Bailey treated her fans with a cover of “You’re Mines Still,” and even Yung Bleu is impressed.

Throughout the start of 2021, Chloe Bailey has given a masterclass on how to manage one’s social media presence following the creation of her solo Instagram and Twitter accounts. The one-half of Chloe x Halle first caught the music industry’s attention with her assortment of Instagram thirst traps, which included a sensual dance to Jeremih’s “All The Time,” her take on the “Buss It” challenge, and several other steamy posts. Her social media content quickly evolved, however, as the Parkwood Entertainment singer-songwriter started giving fans behind-the-scenes looks at her artistry.

A few hours ago, Chloe Bailey took to social media to flex her talents once more by sharing an impressive cover of Yung Bleu‘s runaway hit “You’re Mines Still.” In her take on the Mobile, Alabama artist’s Drake-assisted track, Chloe flips the song’s chorus, warning a scorned lover that he needs to stop telling his friends that she’s still romantically involved with him. At one point, she also references Mooski’s TikTok sensation “Trackstar,” leaving her mark on two viral songs with a quick one-minute video.

Yung Bleu soon caught wind of Chloe’s “You’re Mines Still” cover and gave the Ungodly Hours singer her props. Using the opportunity to hopefully inspire an original collaboration between the two artists, Yung Bleu reposted Chloe’s cover and wrote, “Ok let’s do a song now.” Considering Chloe Bailey’s massive increase in popularity, several musicians are likely interested in working with the talented multi-hyphenate, so stay tuned to see whether Yung Bleu is successful in his quest for a song with Chloe.

Juice WRLD, Gunna, Trippie Redd & More Help Propel Internet Money’s ‘B4 The Storm’ Into Gold Territory | HipHopDX Subscribe Subscribe To DX Newsletter Get the most important stories in Hip Hopstraight to your inbox Thank You! Thank You! Thank You!You’re Far Too Kind To complete the subscription process, pleaseclick the link in the email we just sent you. Joining Newsletter Source link