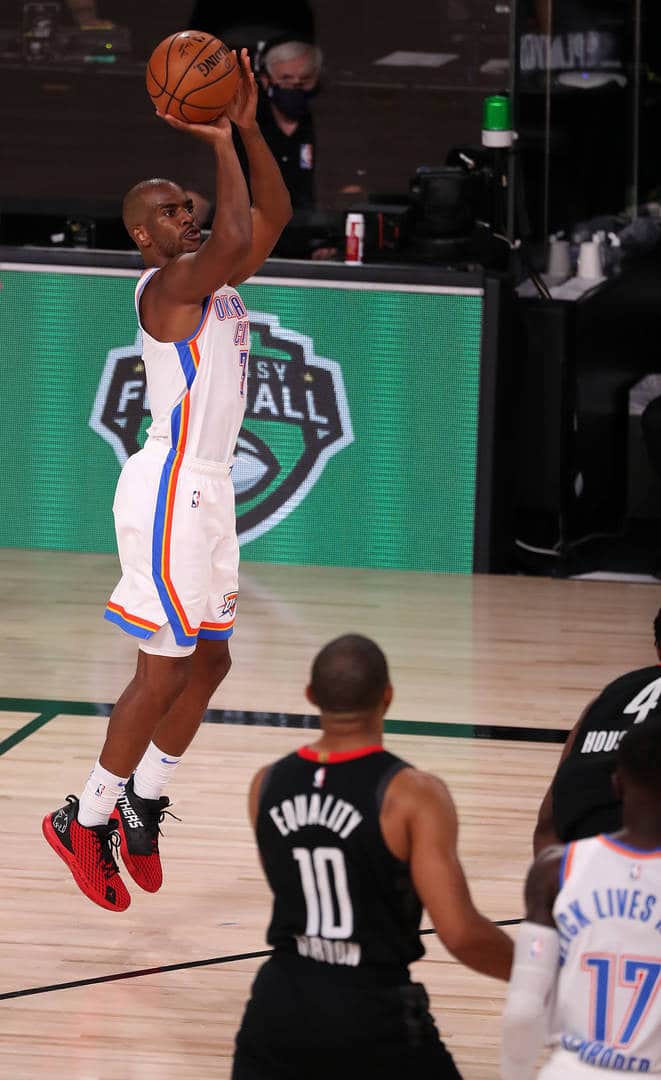 Chris Paul isn’t too concerned with all of the noise right now.

Chris Paul remains one of the most well-respected players in the entire NBA as he has continued to use his platform for good, all while being a great leader and teammate. Paul is currently a member of the Oklahoma City Thunder and since the team is looking to completely rebuild, it has been rumored that Paul will soon be on his way out of OKC. In fact, rumors surfaced this week that the Phoenix Suns could very well be one of the teams in contention for the point guard.

Recently, Paul was a guest on The Tonight Show With Jimmy Fallon where he was asked about all of the rumors surrounding him right now. Paul was quite calm and collected about it all noting that he has been hit with numerous rumors throughout his career and that at this point, he is able to tune it out whenever he wants.

“Man, I’m going into year 16, right? So I’ve heard about every rumor that you could possibly hear,” Paul said. “So you learn to control what you can control. I’m training getting ready for the season. If something happens, it will. If not, you know, I love being in Oklahoma with our team. We actually just got a new coach yesterday. So, you know, the league is always constantly changing.”

Paul’s mentality here is certainly a great one to have, especially when the offseason is about to get stressful. It’s believed that the trade embargo will be lifted in a few days and when that happens, Paul could be on the move, sooner rather than later. With this in mind, keep it locked to HNHH for all of the latest NBA updates.

Chance The Rapper Drops Michael Jackson Playlist To Assist Aliens | HipHopDX Subscribe Subscribe To DX Newsletter Get the most important stories in Hip Hopstraight to your inbox Thank You! Thank You! Thank You!You’re Far Too Kind To complete the subscription process, pleaseclick the link in the email we just sent you. Joining Newsletter Source link