Colin Kaepernick Will Be Added To "Madden 21" Roster 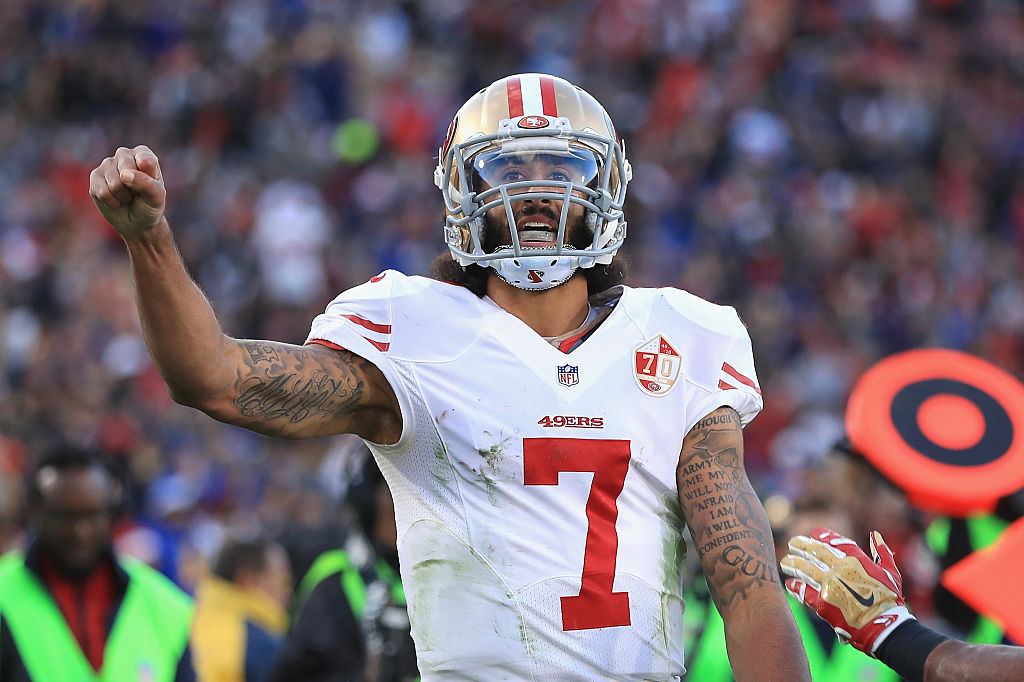 Colin Kaepernick is officially set to return to the roster of EA Sports’ recently released “Madden 21.”

Though Colin Kaepernick‘s journey to return to the NFL has been a long and difficult one, many have remained loyal to the quarterback. Especially considering that in originally kneeling during the national anthem, Kaep went on to spark a social justice movement that still continues to this day. Unfortunately, the divisive nature of his peaceful protest left him on the outside looking in, and though there have occasionally been talks about his return to the big leagues, it has yet to pan out in his favor.

Despite remaining a free agent, EA Sports have ensured that Kaep will be included in the recently released Madden 21, taking to Twitter to pen an announcement about his return. “Colin Kaepernick is one of the top free agents in football and a starting-caliber quarterback,” reads their announcement. “The team at EA SPORTS, along with millions of Madden NFL fans, want to see him back in our game.”

“Knowing that our EA Sports experiences are platforms for players to create, we want to make Madden NFL that reflects Colin’s position and talent, rates him as a starting QB, and empowers our fans to express their hopes for the future of football,” it continues. The statement also confirms that Kaep will be available on any team in Franchise Mode, as well as in their Play Now mode.

Though some were quick to point out that Kaepernick’s name was previously censored on a past Madden soundtrack, the statement confirms that they were able to settle that particular issue with the free agent. Previous transgressions aside, it’s clear that EA Sports intends on standing behind Kaep and what he represents, even if it opens them up to criticism. Check out the full statement below, and sound off — will you be adding Kaepernick to your Franchise Mode?

Erykah Badu Delivers Teyana Taylor & Iman Shumpert's Newborn Baby On Their Bathroom Floor | HipHopDX Subscribe Subscribe To DX Newsletter Get the most important stories in Hip Hopstraight to your inbox Thank You! Thank You! Thank You!You’re Far Too Kind To complete the subscription process, pleaseclick the link in the email we just sent you. Joining Newsletter Source link