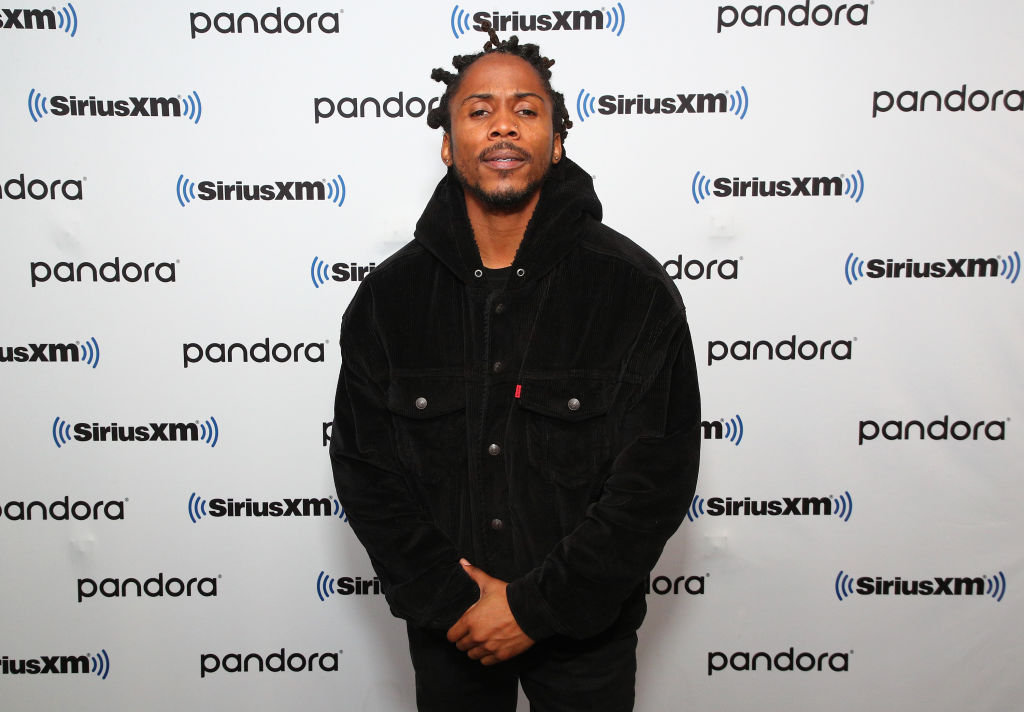 Coming off the first Grammy nomination of his career, D Smoke opens up about being nominated alongside Royce Da 5’9, Nas, Jay Electronica, and Freddie Gibbs.

It’s evident that D Smoke is an artist who takes great pleasure in realizing a creative vision; if that wasn’t made abundantly clear by the release of his Grammy-nominated project Black Habits, consider checking out our extensive conversation with the Inglewood artist right here. And with both new music and a debut novel on the horizon, it’s clear that D Smoke is only getting started. Now, with the Grammys rapidly approaching, he came through to catch up with Ebro Darden on Apple Music’s Rap Life Review.

Naturally, Ebro inquires about D Smoke‘s recent nomination for Best Rap Album, where he’s joined by the esteemed talents of Royce Da 5’9, Freddie Gibbs, Nas, and Jay Electronica. While it’s anybody’s guess as to who might take it home, it’s clear that D Smoke is simply happy to represent hip-hop regardless of the outcome, especially on what he describes as a “connoisseur’s list.” “I appreciate that because, a lot of people think popularity is the determinant factor,” he states. “A lot of people determine their success by the numbers. When you got artists on their own dime and their own time that make something happen, that’s worth recognizing.”

“It’s artists that stream more than me. It’s artists that have more radio play than me. But if we’re talking about what I put out and the company that I’m amongst, I’m proud to see that list,” he explains. “People ask me, ‘What’s more important, the Best New Artist or the Best Rap Album?’ I’m like, the Best Rap Album, because for the culture, I think it says so much, even to just be considered amongst those names.”

For more from D Smoke, be sure to check out his full interview with Ebro Darden below. Sound off if you think he deserves to take home the big prize, beating out Nas, Royce, Freddie, and Jay Electronica for the Best Rap Album award.

Kevin Gates’ Mo3 Collaboration ‘Broken Love’ Certified Gold As He Unleashes ‘Only The Generals Pt. II’ Album | HipHopDX Subscribe Subscribe To DX Newsletter Get the most important stories in Hip Hopstraight to your inbox Thank You! Thank You! Thank You!You’re Far Too Kind To complete the subscription process, pleaseclick the link in the email we just sent you. Joining Newsletter Source link