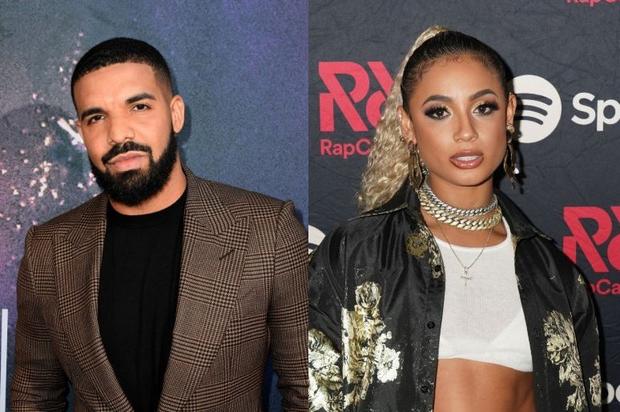 DaniLeigh helped launch the “In My Feelings” dance challenge, and she’s back with another, this time to Drake’s “Toosie Slide.”

In 2018, thousands of people were risking their lives as they were hopping in and out of cars in an attempt to complete the “In My Feelings” challenge. At one point in time, it seemed as if we would never stop hearing “KiKi, do you love me…,” but alas, the hit track took a backseat. Of course, it topped the charts and had social media on pause for months, and Drake hopes to mirror that global sensation with his recent release, “Toosie Slide.” Rapper DaniLeigh helped make the “In My Feelings” challenge the worldwide success that it was, and it looks as if she’s hoping for round two with Drake’s new single.

To begin: we are under quarantine and being urged to stay indoors unless it’s absolutely necessary to forge out into the world. However, DaniLeigh hopped in the driver’s seat of her car once again to deliver a new “jump out of the car and dance in the street” viral clip. This time, she grooves to “Toosie Slide,” and she received Drake’s stamp of approval after he shared the clip to his Instagram Story.

Drake, himself, opted for a more at-home approach and shared the music video for “Toosie Slide” that was completely shot at his mega-mansion. Check out DaniLeigh’s new moves to Drake’s dance-heavy hit below and watch others who have taken to the streets to mimic her steps.

Fred The Godson Battles COVID-19 With A Ventilator