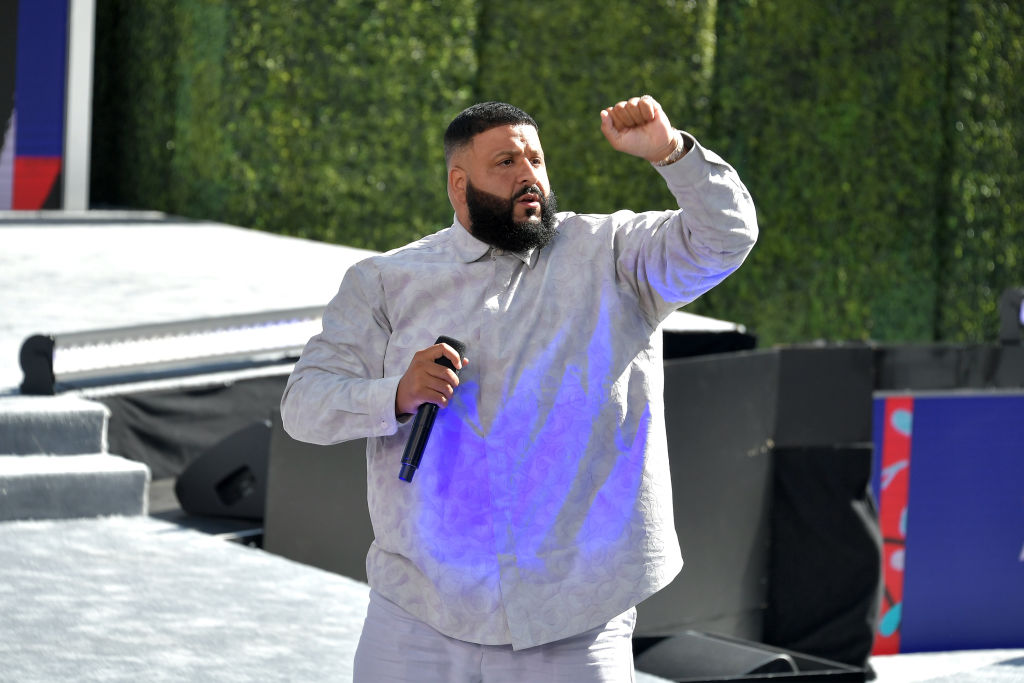 DJ Khaled secures himself another one as his Drake-assisted single “Greece” officially goes gold.

At this point, it’s fair to accept that DJ Khaled‘s iconic call of “another one” is one of the game’s most accurate flexes. No matter what you might think about the affable mogul, he’s never far removed from a hit record. In fact, to this day, he boasts thirty gold and platinum plaques to his name, an impressive tally to be sure. And with his upcoming Khaled Khaled in the works, the second of his recently released singles, the Drake-assisted “Greece,” has officially gone gold. The milestone comes a few weeks after “Popstar,” which hit gold on August 19th.

Originally released on July 17th, “Greece” was the more melodic of the two offerings, with Drake crooning his lavish lyrics with a high-pitched voice. As the OVO rapper is easily one of the biggest stars in the world, it doesn’t take much for one of his tracks to captivate a widespread audience. Even without a proper music video — though DJ Khaled has teased the possibility — “Greece’s” ascension to gold status was only a matter of time. If one thing has been made abundantly clear, it’s that lyrics centering around high fashion brands like Gucci and Louis Vuitton tend to invigorate the masses.

Look for both “Greece” and “Popstar” to continue their climbs to platinum, and don’t be surprised to see the upgrade happen before the year’s end. In the meantime, keep a watchful eye for news on Khaled’s Khaled Khaled, which has already been confirmed to feature a Lil Baby feature or two in the pipeline. And for a more immediate DJ Khaled fix, be sure to check out the new video for “Popstar,” which features Justin Bieber in a starring role.

Mary J. Blige Reminds Nicki Minaj, Cardi B & Megan Thee Stallion Fans Lil Kim Was The Real 'Trailblazer' | HipHopDX Subscribe Subscribe To DX Newsletter Get the most important stories in Hip Hopstraight to your inbox Thank You! Thank You! Thank You!You’re Far Too Kind To complete the subscription process, pleaseclick the link in the email we just sent you. Joining Newsletter Source link