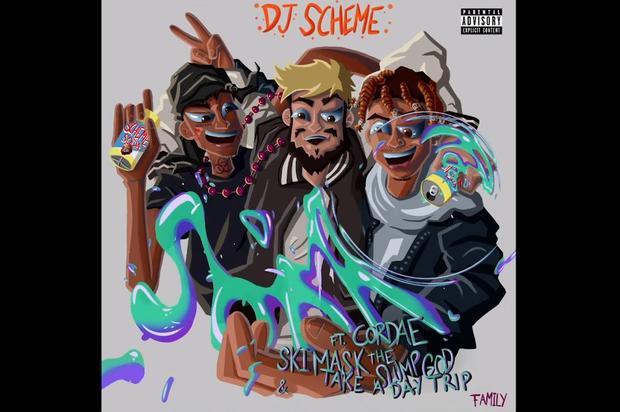 Soon, DJ Scheme will share his debut album, and to kick things off, he decided to deliver a fire single featuring three artists that he calls his “brothers.” Florida-raised DJ Scheme was once only well-known in his local scene, but after working with a bevvy of rising artists like Juice WRLD and XXXTentacion, he began to cultivate a local following while also amassing respect from his fellow artists.

Scheme recently shared that his debut project Family is on its way, and on Friday (November 13), the producer dropped the album’s first single “Soda” featuring Ski Mask The Slump God, Cordae, and Take A Daytrip. The track is sure to become a fan favorite as Scheme prepares for what we can only expect will be an epic Family rollout. Stream “Soda” and let us know what lyrics stand out.

New Music Friday - New Albums From Future, Lil Uzi Vert, 2 Chainz & More | HipHopDX Subscribe Subscribe To DX Newsletter Get the most important stories in Hip Hopstraight to your inbox Thank You! Thank You! Thank You!You’re Far Too Kind To complete the subscription process, pleaseclick the link in the email we just sent you. Joining Newsletter Source link