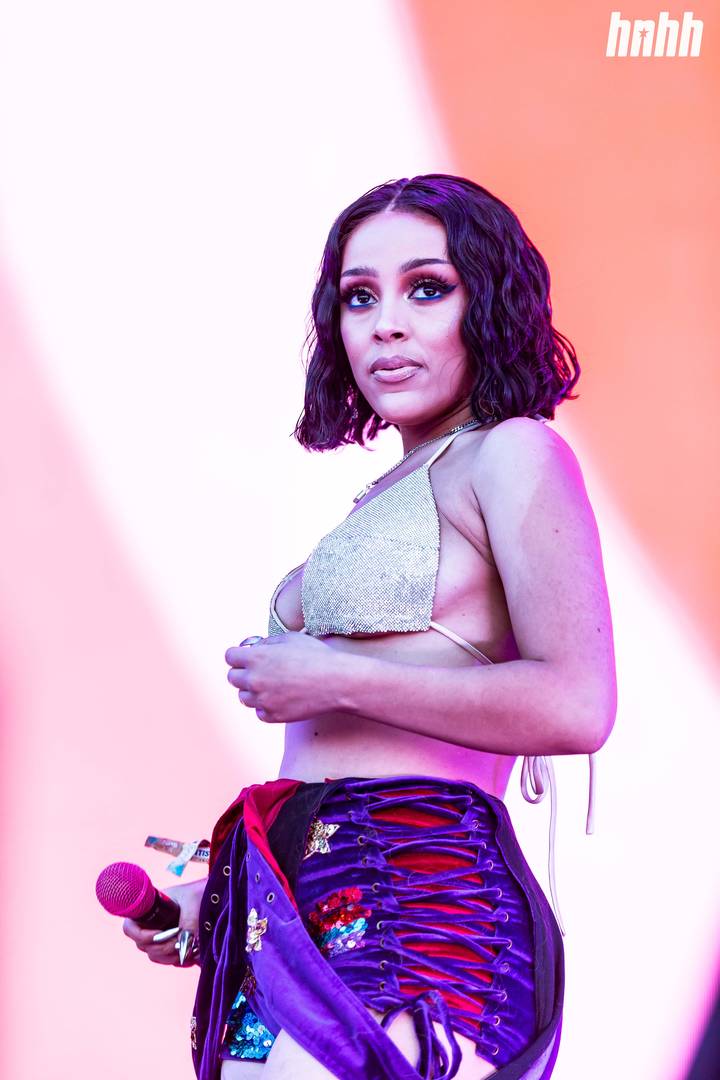 Doja Cat will be hitting the road this spring for her North American headlining Hot Pink tour, making stops in 14 different cities including performances at Coachella for both weekends. The rising star’s popularity has kept on growing and growing ever since she went viral for her oddly charming, cow-themed “Moo” video, and with the release of her sophomore studio album, Hot Pink, she’s seen even more success than ever before.

After performing the track on The Tonight Show Starring Jimmy Fallon on Wednesday night, Doja dropped the visuals for “Say So,” which took the dreamy disco aesthetic of her late night set to a whole new level. “Say So” was made popular on Tik Tok, after a user named Haley Sharpe invented a dance routine to the airy track that went viral and led to Haley making a cameo in the visuals to show off her choreography. Now, Doja is taking her talents around the country (with one show in Canada), making her first stop on the Hot Pink tour in Chicago on March 25th.

Doja will then make her way from the East Coast to the West, with opening acts Ashnikko and Big Klit performing on select dates. The artist will travel from Austin, Texas, to Coachella Valley for the first weekend of the music festival on April 10th-12th. Remaining in California, Doja will make stops in Los Angeles and San Francisco before heading back to the desert for Coachella Weekend 2. Tickets go on sale on Friday at 10:00am and can be purchased here. Check out the full list of dates below: