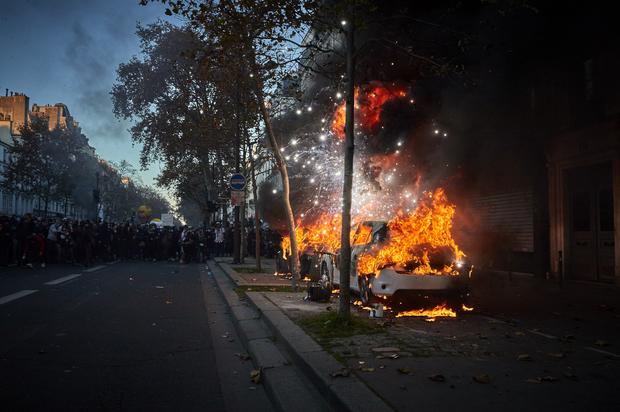 The authorities deemed it an “intentional act.”

Christmas Day was interrupted this year in the music city of Nashville following a car explosion authorities deem to be an “intentional act.” Sparks alit in the early hours of the morning around 6 AM after police responded to reports of a suspicious car parked outside of an AT&T building. The police officers inspected the car and concluded escalation to the city’s hazardous devices unit was required with reason. The aforementioned department was already en route when a “significant explosion” occurred, leaving several people injured.

Nashville mayor John Cooper arrived shortly after the police and firefighters swamped the area, along with an active bomb squad. Debris such as broken glass and “blown up” water mains could be observed. Photos and images from on-site media sources equally show the city’s downtown area filled with flames and smoke to be perceived from miles away. An entire avenue was blackened from the explosion and several buildings were impacted as well. On the tragic event, Mayor Cooper added: “it looks like a bomb went off,” but offered no insight as to whether the explosion was deliberate. For now, the area will be “sealed off” to keep citizens safe as the investigation continues.

We will continue to provide updates as the story develops.