“A combination of toxic masculinity and acceptance of truth which is inevitably heartbreaking. Executive produced by me, Noah “40” Shebib, Oliver El-Khatib, and Noel Cadastre. Dedicated to Nadia Ntuli and Mercedes Morr. RIP.”

So, in between the shots hurled at Kanye West and Swizz Beatz, there are tracks like “Way 2 Sexy” with fellow Toxic Avengers Future and Young Thug. The song now has a Dave Meyers-directed set of visuals which are… insane as all hell.

There is a LOT going in this, with Drake portraying several “Sexy” characters: Rambo, a fitness instructor, and unabashedly unashamed overweight man on the beach, Popeye, a swashbuckler, Michael Jackson on a windy street grate, and more. Meanwhile, Future fronts a 90s-era boy band in the desert (with Kawhi Leonard), his animated self gets a woman pregnant without touching her (I see what you did there!), and Thugger portrays a calendar model. This is nuts. 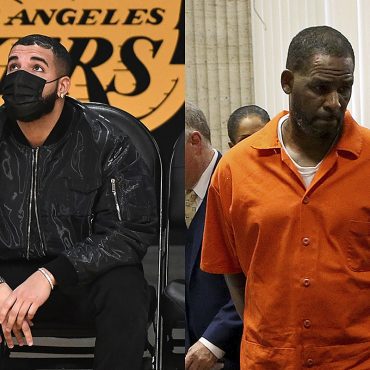 As Drake fans digest and dissect the lyrics and features on his 21-song album, Certified Lover Boy, it looks like Drizzy has also given a writing credit to R. Kelly.About an hour after all the other new music releases arrived this morning (Sept. 3), Drake dropped his long-awaited LP, CLB. The album contains a slew of features from some of the rapper's fellow peers, production from a number of beatmakers, including some from […]