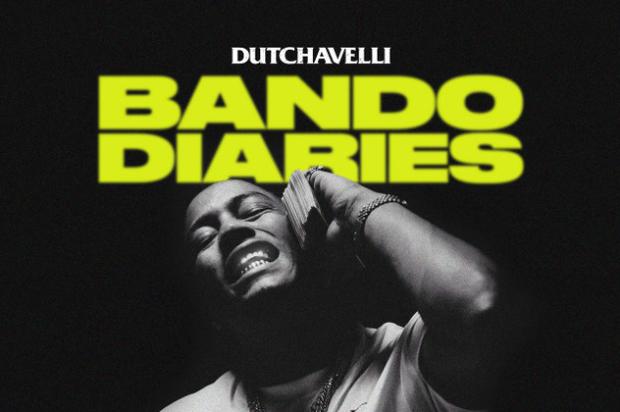 Dutchavelli has been keeping his foot on the gas all year long. The UK rapper has released banger after banger and ascended towards mainstream success while still keeping it gully. He doesn’t have an album to his name, yet, but with the increase of records he’s released that has fueled the streets, it seems promising that he’ll make his formal introduction before the end of the year.

This week, the gutteral-voiced rapper returned with his latest banger, “Bando Diaries.” Taking it to the streets, the rapper delivers menacing bars and big flexes. Big Zeeko cooks up an electrifying instrumental that amplifies Dutchavelli’s threatening delivery on the record.

“Bando Diaries” follows the release of “Black” that Dutchavelli released last month. Check out his latest single below.

Quotable Lyrics
Kev just phoned, said he just relapsed
And my soldier’s broke so he’s back on bored
And the pigs ain’t got no manners
Have you seen what they did to the bando door?
Jeezy, that’s a violеnt member
You violate him? That could start a war

Pusha T & Logic’s Chaos Esports Club Pull Out Of Tournament Over Police Brutality | HipHopDX Subscribe Subscribe To DX Newsletter Get the most important stories in Hip Hopstraight to your inbox Thank You! Thank You! Thank You!You’re Far Too Kind To complete the subscription process, pleaseclick the link in the email we just sent you. Joining Newsletter Source link