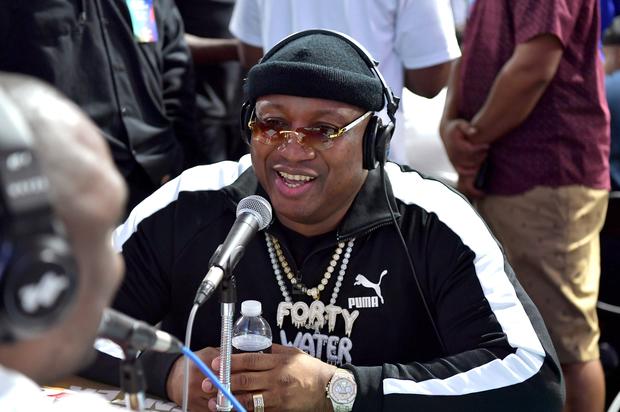 Decades after Tupac Shakur lost his life following a drive-by shooting in Vegas, his famous friends continue to deliver stories about their moments with the hip hop star. Rapper E-40 has many memories with the late Tupac Shakur, and he shared a few with VladTV. The Bay Area legend spoke about shooting a music video with many incredible talents before speaking about why he believes Tupac chose to die.

He said, ‘I got a new name. I’m calling myself Makavelli.’ Of course, I didn’t know what he meant. That’s a trip, I’m Fonzarelli, you know what I’m saying,” E-40 recalled with a laugh. “When I found out what it meant and what it was about, I said this dude is way ahead of his time.” E-40 added that Tupac told him he had albums lined up just in case anything happened to him.

“He just loved to make music. That’s why his music lasted so long after his passing. ‘Cause all he did was stay in the studio,” the rapper continued. “All he was doing was building up the catalog and putting them in the vault… Few months later, I get a phone call saying Tupac been shot in Vegas. My heart dropped.”

E-40 didn’t think that his friend would lose his life because Tupac had been shot in 1994 and survived his near-death encounter. “‘Til this day, I want to tell you this: if he wanted to live, he could have lived, but he would have sold his soul. He wasn’t gone sell his soul. God say, you can come with me or I can let you live and you can go on with the devil. He went up there with the rest of the talent.” Check out E-40 fondly remembering Tupac Shakur below.

Lil Baby & Quality Control’s Pee Splurge Hard For Lil Yachty’s Birthday | HipHopDX Subscribe Subscribe To DX Newsletter Get the most important stories in Hip Hopstraight to your inbox Thank You! Thank You! Thank You!You’re Far Too Kind To complete the subscription process, pleaseclick the link in the email we just sent you. Joining Newsletter Source link