Famous Dex Recruits Rich The Kid & Tyga For "What I Like" 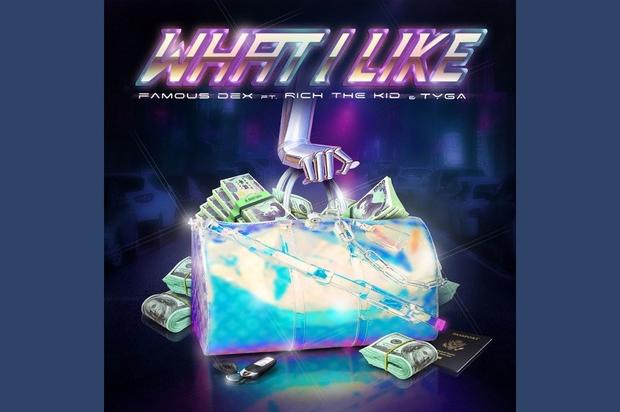 Despite the circumstances we’re currently living in, Famous dex was determined to deliver a bop. The rapper called on Rich The Kid and Tyga to craft “What I Like,” a song that stays in line with a rapper’s favorite topics including women, sex, money, luxury items, and jet-setting. The music video is all set to drop soon, and by the looks of the preview, most of the aforementioned points will make appearances.

The track is rumored to appear on Dexter’s forthcoming project—an album that the rapper has yet to share a title or release date for, just yet. Famous Dex fans haven’t received a full-length studio project since his 2018 debut release Dex Meets Dexter, although the rapper did deliver his EP Dexter 2031 earlier this year. Give “What I Like” by Famous Dex featuring Rich The Kid and Tyga a listen and let us know if they made a hit.

Louis got a lot of f*cking bands in it (What?)
Dexter f*cked them hoes and took ’em to Japan, didn’t he? (Didn’t he?)
I done pulled it out the lot and got the Lamb’ dented (Skrrr)
I get in that p*ssy, I’ma stand in it (What?)
I get money, that’s just what I like (What I like)
She so freaky, she gon’ ride it like a bike (Like a bike)
Popped that Xan in Japan, damn, twice (In Japan)
I get money (Ha), that’s just what I like

Sauce Twinz Return With 'Lost In The Sauce' Project

Sauce Twinz 'Lost In The Sauce' Album Stream, Cover Art & Tracklist | HipHopDX Subscribe Subscribe To DX Newsletter Get the most important stories in Hip Hopstraight to your inbox Thank You! Thank You! Thank You!You’re Far Too Kind To complete the subscription process, pleaseclick the link in the email we just sent you. Joining Newsletter Source link