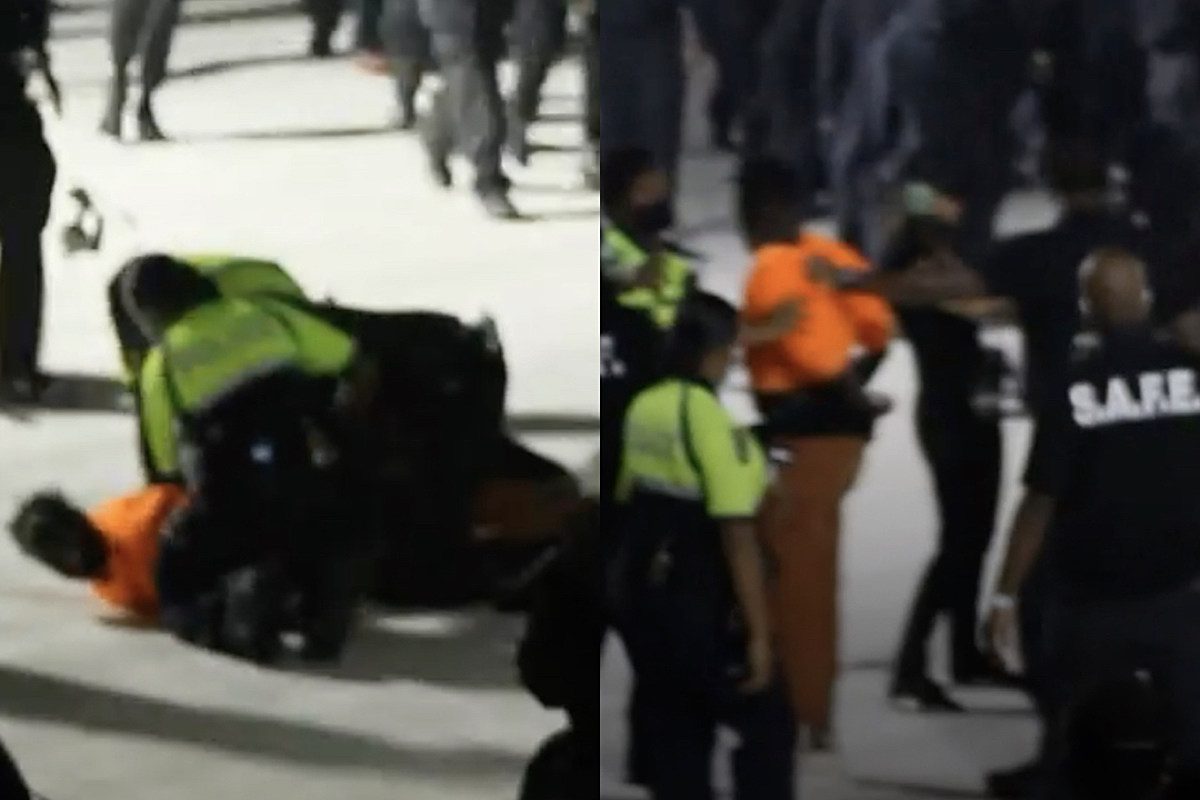 A fan tried to bum-rush Kanye West’s second Donda album listening event in Atlanta last night and got more than he bargained for.

According to a TMZ report on Friday (Aug. 6), a fan rushed the stage midway through Yeezy’s listensing session on Thursday night (Aug. 5) at the Mercedes-Benz Stadium, and got tackled by security before he could disrupt the show.

In a video posted by the outlet, a man rocking an orange T-shirt, brown pants and white sneakers burst through the stands and made his way onto the stage. He was quickly tackled by one security guard before several other guards rushed to his side in the area.

The rest of the security team held the man down for a few minutes before handcuffing him and walking him out of the arena. Unfortunately, it looks as if the first security guard who delivered the hard tackle appeared to have injured himself in the process.

There’s no word on what happened to the man who tried to crash Kanye’s soiree, but the police were not involved because no report was filed on the incident.

Nevertheless, Kanye’s second Donda listening event was a success. Before the show, a pre-order option for the album release popped up on iTunes, with the release date scheduled for Monday (Aug. 9). According to the iTunes listing, there are 24 unnamed tracks and the album is priced at $9.99.

For the past couple of weeks, the Chicago rapper-producer has been holed up in a makeshift bedroom in the stadium putting the finishing touches on the album. On Thursday morning, ’Ye launched a livestream of his bedroom in the stadium. The stream gave fans an inside view of his daily activities, including sleeping and exercising.

Head over to iTunes for the pre-order page for Kanye West’s Donda album. 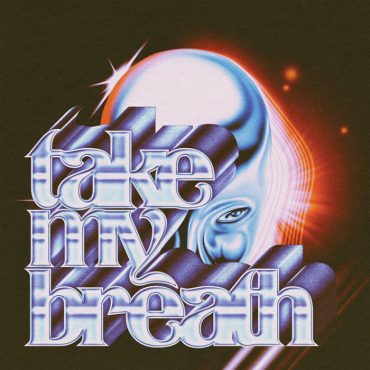 The Weeknd Returns with “Take My Breath” Single

The Weeknd is back in go mode. After dropping his fourth album, After Hours, in March of last year, Abel went on to release a series of videos and appear on tracks with Ariana Grande, Belly (and Young Thug), Sabrina Claudio, and a few others. And now, the Canadian crooner is back in action with his brand new single, “Take My Breath.” Released with a matching video, the song can […]