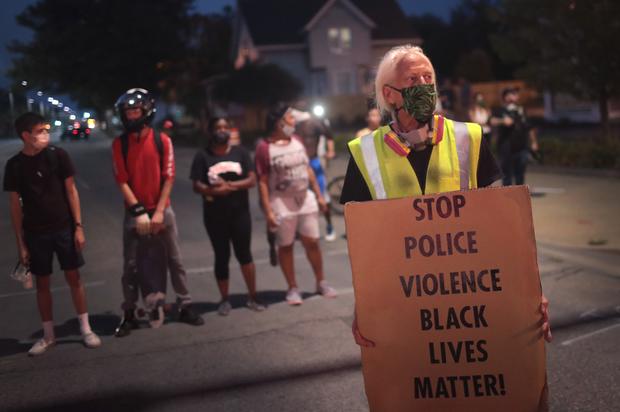 Jacob Blake is paralyzed from the waist down but is still being cuffed to his bed.

A few days ago, Jacob Blake, a man from Kenosha, Wisconsin, was shot in the back seven times by a police officer during an arrest. While the shooting was on video, the details surrounding exactly what happened are somewhat scarce. One thing is clear, however, is that the shooting was a gross display of police brutality. Since the shooting, there have been protests all throughout the United States and even in the sports world where numerous leagues have decided to postpone games, until further notice.

In the meantime, Blake is currently in the hospital where he is recovering from his wounds. As it stands, Blake is paralyzed from the waist down and is unable to go anywhere. However, this hasn’t stopped police from placing him in handcuffs on his bed. According to TMZ, Blake’s father recently revealed that upon visiting him, he noticed that his son’s wrist was being cuffed to his bed.

Blake’s father is outraged by this as it simply doesn’t make sense given his injuries. Now that Blake is paralyzed, he is unable to walk and wouldn’t be able to escape his bed. Not to mention, his father still doesn’t know what he was being arrested for originally and that these tactics seem to be excessive.

Stay tuned for updates on this story as we will be sure to bring them to you.

Snoop Dogg Definitively States LeBron James Has Eclipsed Michael Jordan | HipHopDX Subscribe Subscribe To DX Newsletter Get the most important stories in Hip Hopstraight to your inbox Thank You! Thank You! Thank You!You’re Far Too Kind To complete the subscription process, pleaseclick the link in the email we just sent you. Joining Newsletter Source link