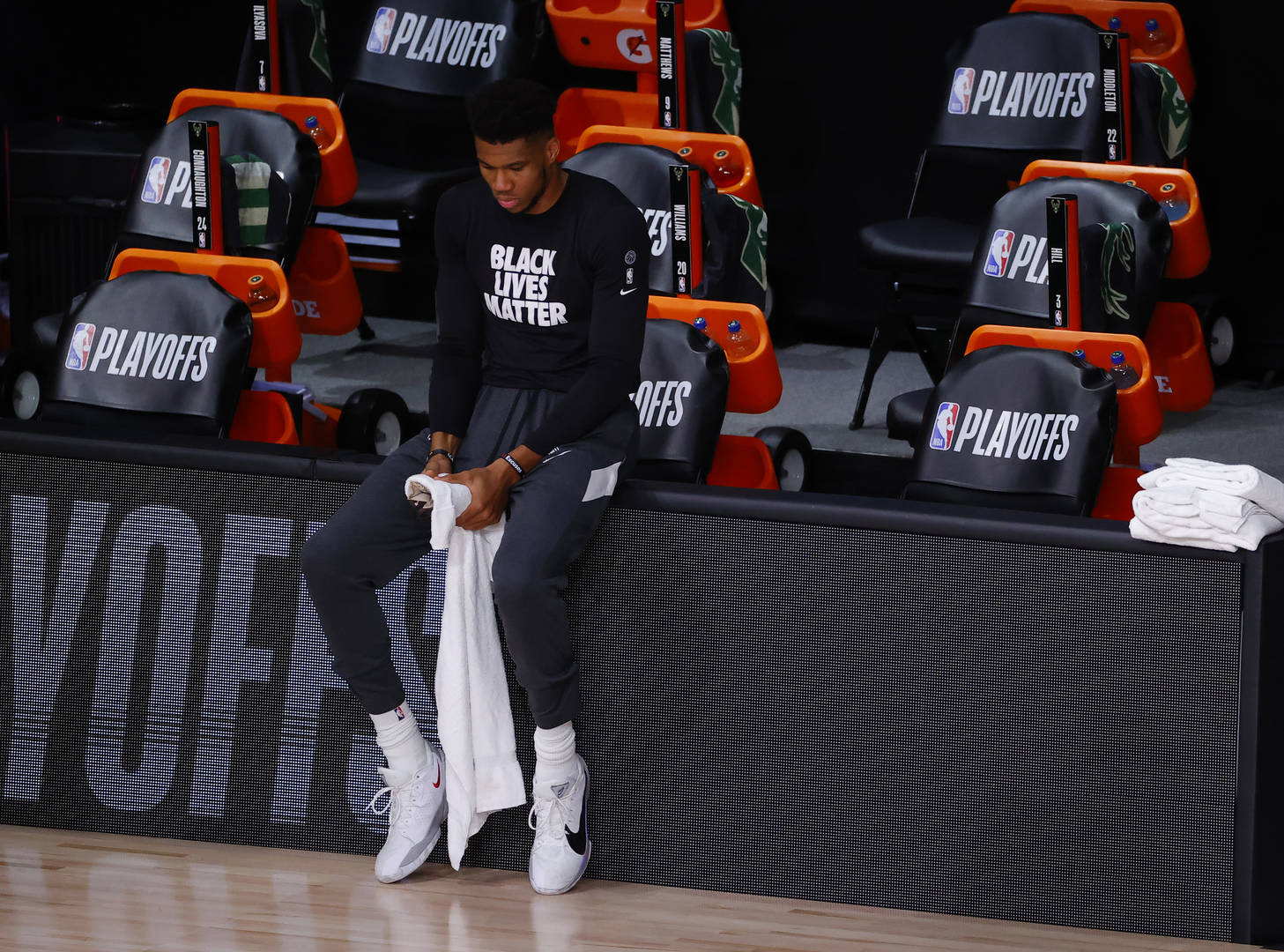 Giannis Antetokounmpo spoke with ownership regarding his future with the Bucks.

Milwaukee Bucks star Giannis Antetokounmpo met with ownership to discuss his future with the organization, Saturday, according to Yahoo Sports.

The Bucks’ superstar spoke privately with co-owner Marc Lasry. The meeting follows a tumultuous day on social media for Bucks fans, as Antetokounmpo unfollowed the Bucks’ team account and his teammates’ accounts.

Publically, Antetokounmpo has denied any desire to leave Milwaukee. “It’s not happening. That’s not happening,” Antetokounmpo said after the Bucks were eliminated from the Playoffs. “Some see a wall and go in [another direction]. I plow through it. We just have to get better as a team, individually, and get right back at it next season.”

“If winning a championship was easy, everyone would have one,” Antetokounmpo told Yahoo Sports. “We lost. Everyone saw that we lost. It’s disappointing, but what are we going to do? We’re going to keep working. I’ve got confidence in my teammates.”

The Bucks were defeated in a disappointing five-game series against the Miami Heat.

Antetokounmpo, 25, won the league’s MVP award in 2019 and the Defensive Player of the Year award in 2020. Following the last year on his contract, he will be eligible for a super-max extension, expected to be worth $254 million over five years.