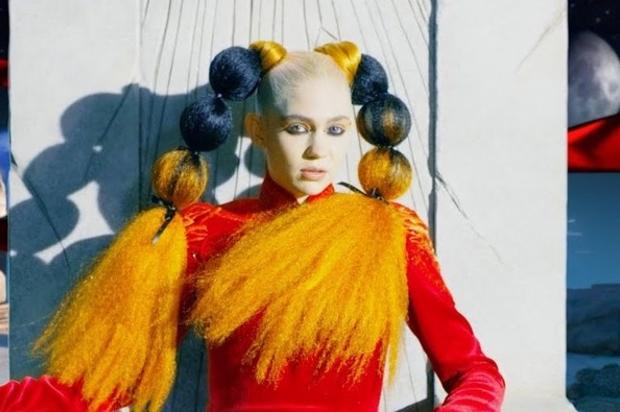 As she embarks on her pregnancy journey, Grimes has returned with a new single. She’s currently rumored to be expecting a child with tech giant Elon Musk and while that already makes for an eventful future, Grimes is also readying her fifth studio album Miss Anthropocene. One Wednesday (February 12), Grimes dropped off a new song “Delete Forever” along with its accompanying visual. According to the singer, the track was inspired by the many friends that she’s lost to opioid addiction.

“It’s a pretty bummer song,” she told Zane Lowe. “I’m so bad at talking about this song. I guess it’s kind of about the opioid epidemic…I’ve had quite a few friends pass away, in particular, one friend when I was 18 passed away from complications related to opioid addiction. Artists keep dying and stuff so I wrote this song on the night Lil Peep died.”

Twenty-one-year-old artist Lil Peep tragically passed away in Arizona on his tour bus right before he was set to perform in Tucson. The medical examiner would later rule his death to be an accidental overdose of fentanyl and Xanax.

Funny how they think, us not even on the brink
Innocence was fleeting like a season
Cannot comprehend, lost so many men
Lately, all the ghosts turned into reasons and excuses

A Boogie Wit Da Hoodie 'Artist 2.0' Album Release Date, Cover Art & Tracklist | HipHopDX Subscribe Subscribe To DX Newsletter Get the most important stories in Hip Hopstraight to your inbox Thank You! Thank You! Thank You!You’re Far Too Kind To complete the subscription process, pleaseclick the link in the email we just sent you. Joining Newsletter Source link