“I’m Not Going To Be Ashamed Of [My Pregnancy]” 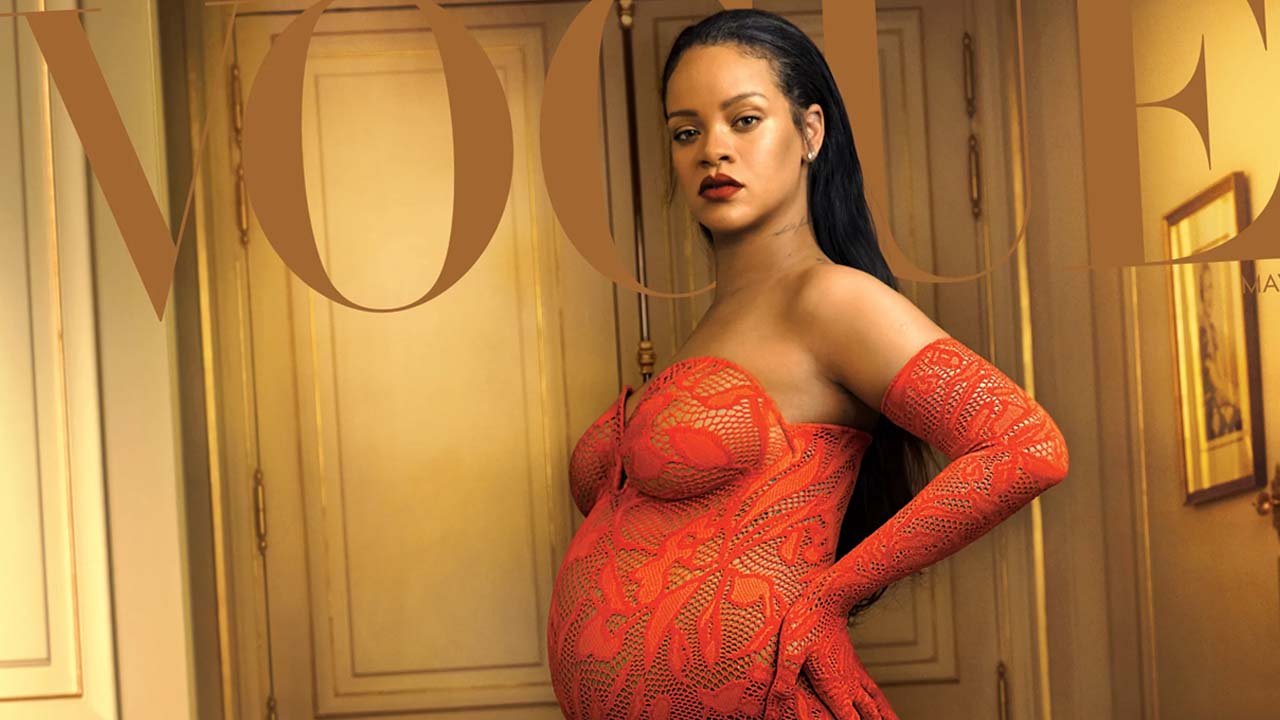 Superstar billionaire Rihanna sat down with Vogue, but it was her famous baby bump that took over the cover. Rihanna gave a glimpse into her everyday life, talking about motherhood, her relationship with A$AP Rocky, fashion, and more. 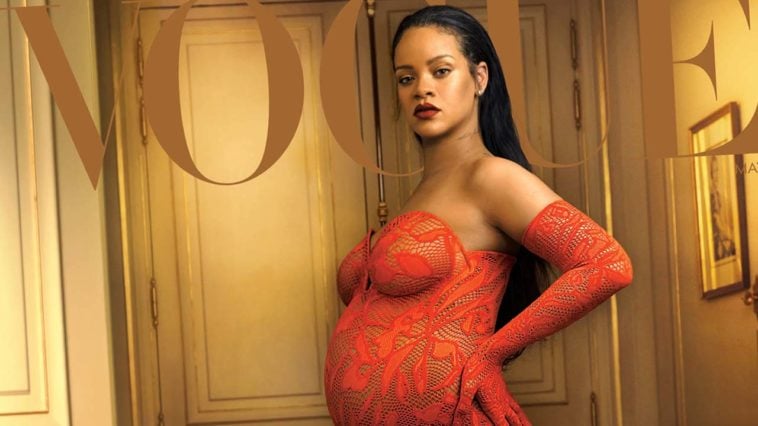 Rihanna is currently in her third trimester of her pregnancy. Though she is known for her style, and always rocking the new fashions. Riri made it clear her fearless style was not going to stop because she’s pregnant.

Rihanna told Vogue, “When I found out I was pregnant, I thought to myself, There’s no way I’m going to go shopping in no maternity aisle. I’m sorry—it’s too much fun to get dressed up. I’m not going to let that part disappear because my body is changing.”

The sight of maternity jeans makes the billionaire cringe, and while dressing up has always been her thing it’s safe to say Rihanna has changed the rules of pregnancy and fashion.

Rihanna hoped her style changes the outlook on traditional maternity wear and empower other expecting mom’s, telling Vogue “I’m hoping that we were able to redefine what’s considered ‘decent’ for pregnant women.” She continued: “My body is doing incredible things right now, and I’m not going to be ashamed of that. This time should feel celebratory. Because why should you be hiding your pregnancy?”

The only person who can match Rihanna’s risque style is none other than her partner, rapper A$AP Rocky. Before they were lovers, they were just friends. Rihanna actually friend-zoned Rocky before there was any type of romantic relationship between the two.

“People don’t get out of the friend zone very easily with me,” she says. “And I certainly took a while to get over how much I know him and how much he knows me, because we also know how much trouble we can land each other in.”

Referencing their first encounter at the MTV VMAs in 2012, Rocky joined Rihanna on stage during the  performance of her hit single “Cockiness.” Midway through the show, as they were dancing side by side, Rocky pulled a surprising move.

“He grabbed my ass on stage. That was not part of the rehearsal!” she says. “I was like, What are you doing!?” Though surprised, Rihanna let the encounter go, shocking her team instead.

“My manager was like, Oh, God, she must like this guy a little bit. She never lets this shit slide.”

As time went on, Rihanna let her guard down and the two became a lot closer during quarantine.

“There’s no pretentious my-brand-your-brand bullshit, it’s just us living,” she says to Vogue, “I just feel like I can do any part of life by his side.”

Still expressing her love for Rocky, Rihanna went on to say: “What I love the most about us? Transparency with everything: how we’re feeling, what our goals are, what our fears and insecurities are. The vulnerability to be able to say what you feel about each other.”

Rihanna went on to say how the couple was not planning on expecting.

“Planning? I wouldn’t say planning. But certainly not planning against it. I don’t know when I ovulate or any of that type of shit. We just had fun,” telling Vogue.

“And then it was just there on the test. I didn’t waste any time. I called him inside and showed him. Then I was in the doctor’s office the next morning and our journey began.”

As time is beginning to wind down, and the expectancy of their new bundle of joy is slowly approaching, Rihanna explained how behind she is on preparing for the debut of their billion-dollar baby, expressing to Vogue: “I’m so behind on everything,” she says with a sigh. “I haven’t bought anything yet. Not. A. Single. Thing!”

Rocky, with a head start on her, has ideas for the nursery.

Wrapping up the interview Rihanna made sure to tell us the vision she has for new music we’ve all been anticipating. Though on a hiatus for the last 6 years, Rihanna tells Vogue:

“I’m looking at my next project completely differently from the way I had wanted to put it out before. I think this way suits me better, a lot better,” she says. “It’s authentic, it’ll be fun for me, and it takes a lot of the pressure off.”

Back in March Rihanna was spotted out in Target casually shopping for baby clothes. Fans were excited to see what section she was in – boy or girl? Riri was seen in what looked like the baby girl section in Target, possibly shopping for clothes for her little one. Sending fans into a frenzy, questioning if this is the bad gyals way of announcing she’s having a girl, or if she’s trying to knock us off our guessing game with trying to figure out the gender of the baby. 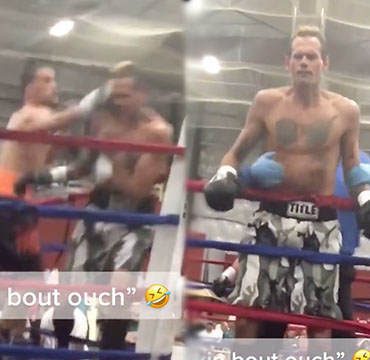 He Gonna Cry In The Car: Boxer Gets His Feelings Hurt During A Boxing Match… Takes His Anger Out On The Wrong People!