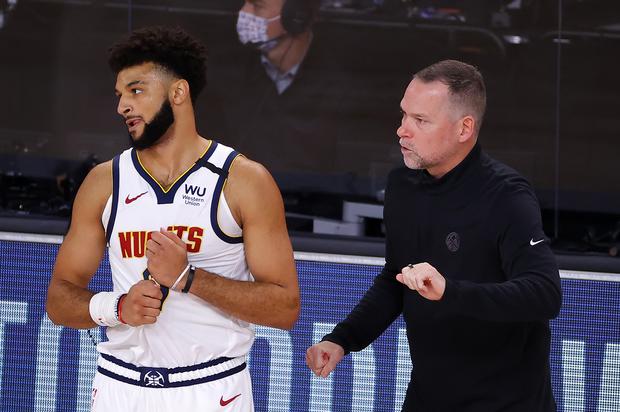 Jamal Murray just came off of a deep playoff run with the Denver Nuggets.

Jamal Murray and the Denver Nuggets had an extremely successful season that not many people saw coming. In the second round of the playoffs, they came back from down 3-1 to defeat the Los Angeles Clippers who were seen by many as title contenders. From there, the Nuggets lost in five games to the Los Angeles Lakers in the Western Conference Finals, although it became quite clear that this team can be a dominant force for years to come.

During a recent interview with sports journalist Ashley Brooke, Murray was asked about what motivates him to succeed, moving forward. As he explained, Murray is determined to become the basketball player in the entire world, and as of right now, he believes he is in a position to do so.

“I knew I was going to be here, but now my goal is to be the greatest,” Murray said. “I wanna be the best player in the world — that is my goal and my dream. I knew I’ve always had the talent, but to actually be here and actually have a chance at it, it gives me a lot of motivation.”

Heading into next season, the Nuggets could very well be title contenders, and this success will all hinge on whether or not Murray and Nikola Jokic can raise their game even more. Based on what they’ve shown us, this is definitely possible.

Tory Lanez Ponders Bringing Back Quarantine Radio After Felony Assault Charge | HipHopDX Subscribe Subscribe To DX Newsletter Get the most important stories in Hip Hopstraight to your inbox Thank You! Thank You! Thank You!You’re Far Too Kind To complete the subscription process, pleaseclick the link in the email we just sent you. Joining Newsletter Source link