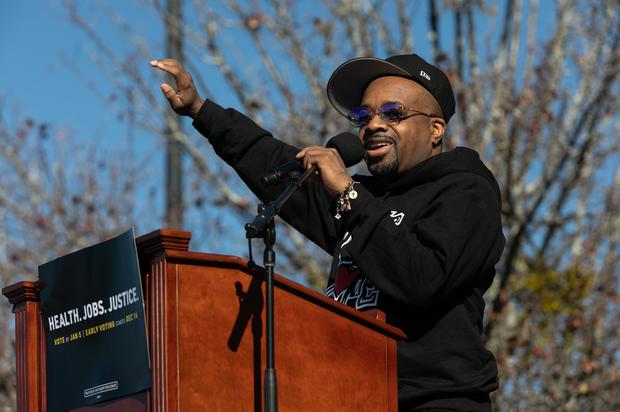 Kennedy Maxie was reportedly hit by a stray bullet while in a car with her mom and aunt.

A tragedy has befallen an Atlanta family after a seven-year-old was shot while holiday shopping with her famiyl. According to reports, little Kennedy Maxie was in a vehicle with her mother and aunt as they were riding past Phipps Plaza when she was struck in the back of the head by a stray bullet. Initially, no one knew that the child had been injured, but once they were alerted that there was a problem, the mom-aunt duo immediately called authorities while simultaneously rushing Kennedy to the hospital.

A $15,000 reward has been offered for information leading to the arrests of the person or persons responsible for Kennedy’s injuries. “Once again we’re addressing a situation of a senseless shooting that we believe arose from individuals unable to resolve a situation civilly,” said interim Police Chief Rodney Bryant.

Jermaine Dupri was raised in the ATL and not only advocates for his city but helped but Atlanta on the musical map. The So So Def mogul voiced his frustrations with the violence occurring in his city and he called for residents to unite for the good of their thriving community. “If you really from the A,it’s time for us to come together and stop all this shooting sh*t at Lenox and now Phipps,” tweeted Dupri. “The police need to get tougher,the profiling needs to go to code red and I can give a f*ck about y’all getting mad about me saying this,lil kids getting shot is wack.”

While there has been heavy criticism of police departments and institutions this year, Dupri hopes that the Atlanta PD will crack down on these shooters. Watch a news segment about Kennedy’s shooting below.

Ashanti Updates Fans On Her Condition After Testing Positive For COVID-19 | HipHopDX Subscribe Subscribe To DX Newsletter Get the most important stories in Hip Hopstraight to your inbox Thank You! Thank You! Thank You!You’re Far Too Kind To complete the subscription process, pleaseclick the link in the email we just sent you. Joining Newsletter Source link