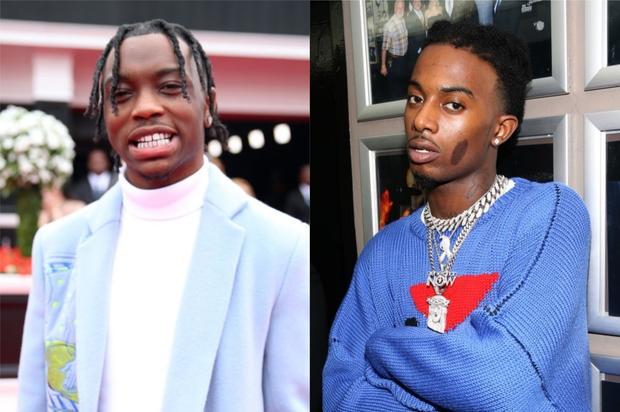 Members of Playboi Carti’s team call out JetsonMade for allegedly selling unreleased music from the rapper.

Oh lord, Jetson sold another one… In a video circulating across social media, famous producer JetsonMade, who is best known for his work with DaBaby and for Playboi Carti‘s recent track “@ MEH,” can be seen and heard speaking with somebody offering money to purchase one of Carti’s unreleased tracks for $17K.

During a phone call with a prospective buyer, JetsonMade confirmed that he has the completed version of Playboi Carti’s song “Place,” offering mad Bitcoin for the track.

After the video started making the rounds, people close to Carti, including Richie Souf, began commenting on the drama, insisting that they were cutting JetsonMade’s contributions from the upcoming Whole Lotta Red album. It’s unclear if that means “@ MEH” will no longer be featured on the tracklist but Jetson was confirmed to be on another song, which will likely be removed.

“Everything is being handled now,” reportedly said Richie Souf on his Discord server.

Another affiliate of Carti’s, Ken Carson, spoke on the matter by directly calling out Jetson.

“Thanks jetson , we were actually done,” he wrote on Twitter. “Damn you jetson.”

It’s unclear what this means about the imminence of Whole Lotta Red but, judging from Ken Carson’s response, there’s a good chance it will be delayed even further.

Vangarde, Murs, Blueprint & More Expertly Tackle Racism In America With '8:46' Single | HipHopDX Subscribe Subscribe To DX Newsletter Get the most important stories in Hip Hopstraight to your inbox Thank You! Thank You! Thank You!You’re Far Too Kind To complete the subscription process, pleaseclick the link in the email we just sent you. Joining Newsletter Source link