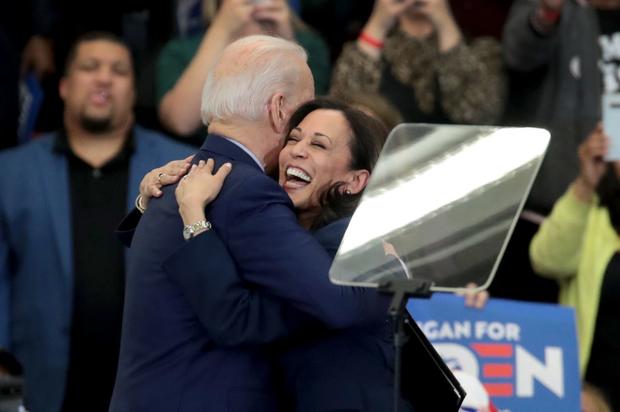 Joe Biden read from a script during his phone call with Kamala Harris to appoint her as his Vice President.

Joe Biden officially named Kamala Harris his choice for VP should he be elected as the President of the United States in November. The selection is historic. If Biden and Harris are elected, Harris would become the first female, first Black, and first Asian-American vice president ever.

Of course, there is tons of talk about the announcement. When Biden gave Harris a call to let her know the good news, a photo was shared, showing Kamala on-screen and Joe speaking to her through his upside-down iPhone. Apparently, he also needed a script to communicate with her, which his critics have been calling out.

“Biden had to read a script when he called Kamala,” wrote one user on Twitter, zooming into the paper that the Presidential hopeful had placed on his desk.

“I’ve decided I would like you to join this effort to win back the soul of our country and be our nation’s next Vice President,” writes the script that Biden read from. “I think you are entitled to know why I chose you. There are three reasons.”

The three reasons that he had laid out are blocked by his hands but you get the point.

Of course, people are unimpressed with Biden’s latest gaffe. The fact that he needed a script to get this across is pretty incredible. What do you think?

How Hip Hop Has Changed Since Bobby Shmurda Left