Juice WRLD’s family releases a statement regarding the release of his new album, revealing his album cover and the number of songs on the project.

It was announced earlier today the team responsible for Juice WRLD‘s estate, including his mother Carmella Wallace and the people at Grade A Productions, have put together his first posthumous album for release on Friday, July 10.

In addition to the proper announcement, a new single was uploaded to streaming services worldwide called “Life’s A Mess,” featuring his collaborator Halsey.

Now that we know when new music from the late Chicago artist will come out into the world, it’s time to obsess over the details. In a message posted to Juice’s social media pages, the album cover and number of tracks were revealed.

“This Friday we will be honoring the life and art of Juice WRLD by releasing his album, ‘Legends Never Die’. We feel that this collection of 15 songs best represents the music Juice was in the process of creating,” wrote his estate. “The album shines a light on the collaborators that meant so much to Juice and deeply impacted his musical process. Juice dedicated his music to his fans and, now more than ever, we hope this album brings some reprieve to everyone during these unsettling times. Please join us in celebrating Juice’s life by enjoying this album. Juice’s legacy will live forever; LEGENDS NEVER DIE!”

The post was accompanied by the official album art, which shows an animated version of the rapper in front of a mountainous landscape with flowers sprouting behind him. The album title is written as a patch on his sleeveless denim jacket.

Legends Never Die will be released on July 10. 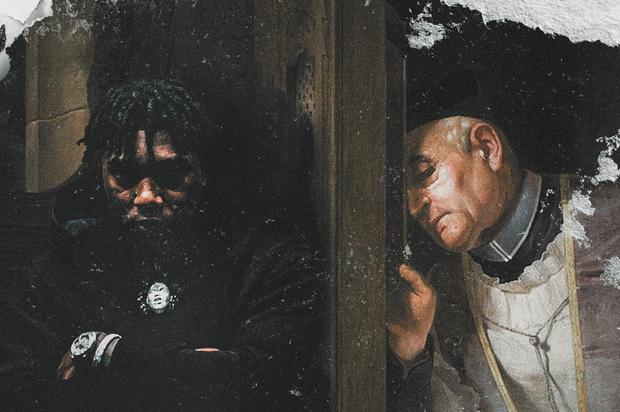